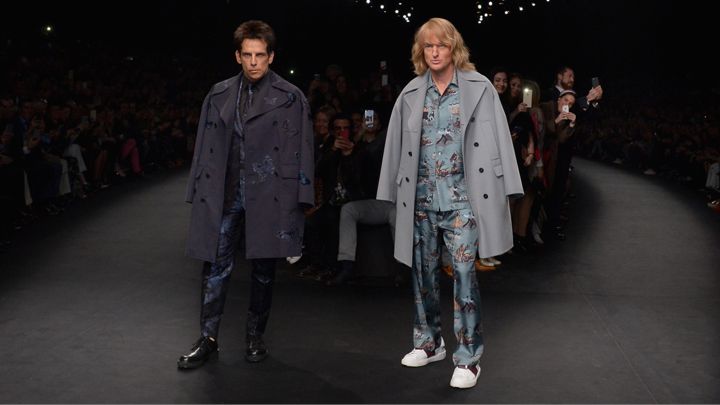 If there’s a guy who knows his fashion (or at least he thinks he does), that’s Derek Zoolander. In fact, he practically doesn’t know anything else, so his answers to Vogue’s 73 Questions are definitely a thing to behold.

Zoolander 2 opens February 12th – and it’s about time we saw Ben Stiller return to his iconic role. Stiller is joined by an amazing cast of actors, including Benedict Cumberbatch, Will Farrell, Kristen Wiig, Penelope Cruz, Owen Wilson, Christine Taylor, and many others. But while we wait, this 8-minute clip will certainly keep us entertained.

“I only have nine answers,” he told the interviewer from the get-go. “So I guess I’m going to need … more,” he added, after using his fingers to count to at least three.

He confessed he would like to have a superpower: he would like to be able to understand things. He said that learning is his least favorite school subject, and he wished he knew all the numbers and letters stuff back then.

Zoolander revealed that his meals include water with slices of various things in them and that he eats carrots for dessert. He added that “sandwiches are a gateway to cake,” when asked if he took the subway. His favorite cocktail is “the one with Tom Cruise, the live-action one.”

Who would he most like to have lunch with, living or dead?

As for animals, he doesn’t appreciate using them “for their spirits. Only for their fur.”

Finally, how would Zoolander describe his relationship with model rival Hansel (Owen)? “Probably with words,” of course.

To see all Zoolander’s hilarious answers, and there are many more like the ones above, check Vogue’s full video below.

Watch this on The Scene.