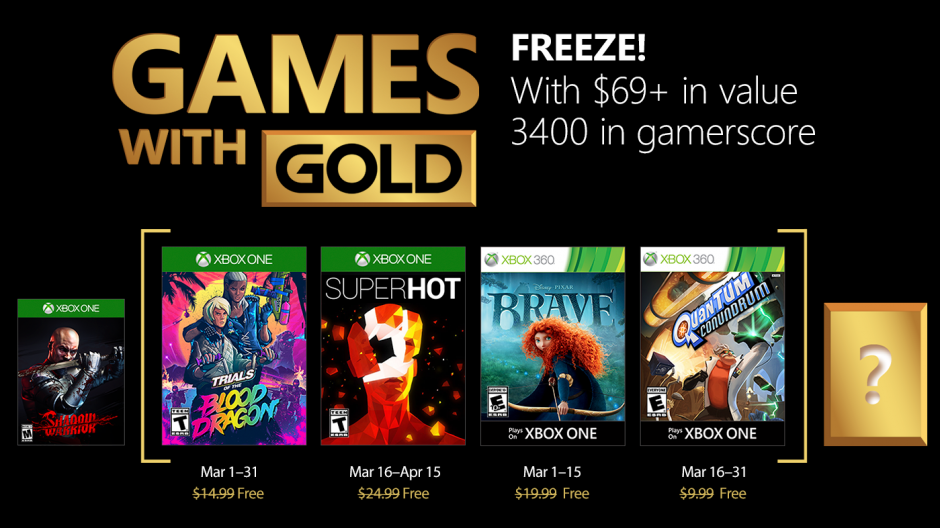 After an incredibly slow start to the year for Microsoft’s Games with Gold program, things are picking up in March with a few solid titles that should help tide you over during this slow period for the game release schedule.

Up first we have the bizarre mashup of a challenging platform racing game and a colorful first-person shooter: Trials of the Blood Dragon. Everything you loved about Trials and Far Cry, all in one game. The other highlight of this month is Superhot, which happens to be one of the most innovative and gripping shooters of the generation. If you somehow haven’t played it yet, it’s only a couple of hours long, so do yourself a favor and grab it for free.

You’ll save over $69 if you pick up all four games and can add up to 3400 points to your gamerscore. Also, keep in mind that each of the Xbox 360 titles are backward compatible with the Xbox One, so even if you don’t have an Xbox 360 on hand, you can still download all four games listed above. See them in action below: