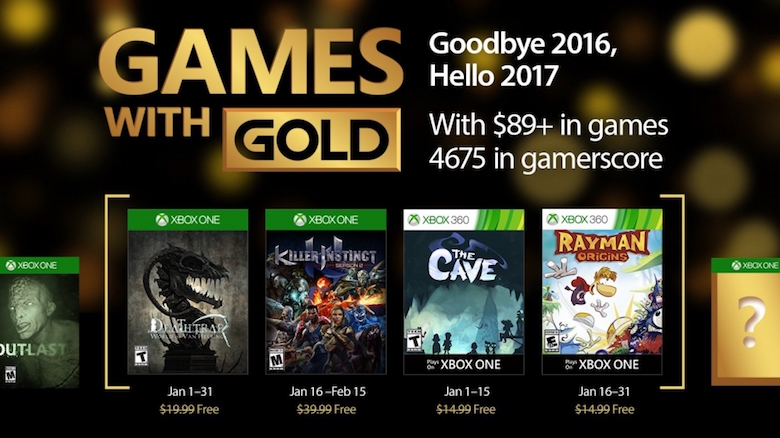 What better way to ring in the new year than with a fresh collection of free games for the Xbox One and Xbox 360. On Tuesday, Microsoft unveiled the latest four games that Xbox Live Gold subscribers will be able to download for free through Games with Gold in January, and it’s not a bad list.

Here are the details on the availability of January’s Games with Gold:

Although next month’s selection doesn’t quite compare to December’s (which was one of the best we’ve ever seen), it’s a solid assortment of interesting indies that should tide gamers over during a quiet month. Of course, you can still get three of the four games from December’s Games with Gold if you act fast.

Check out all four of January’s Games with Gold in the video below: