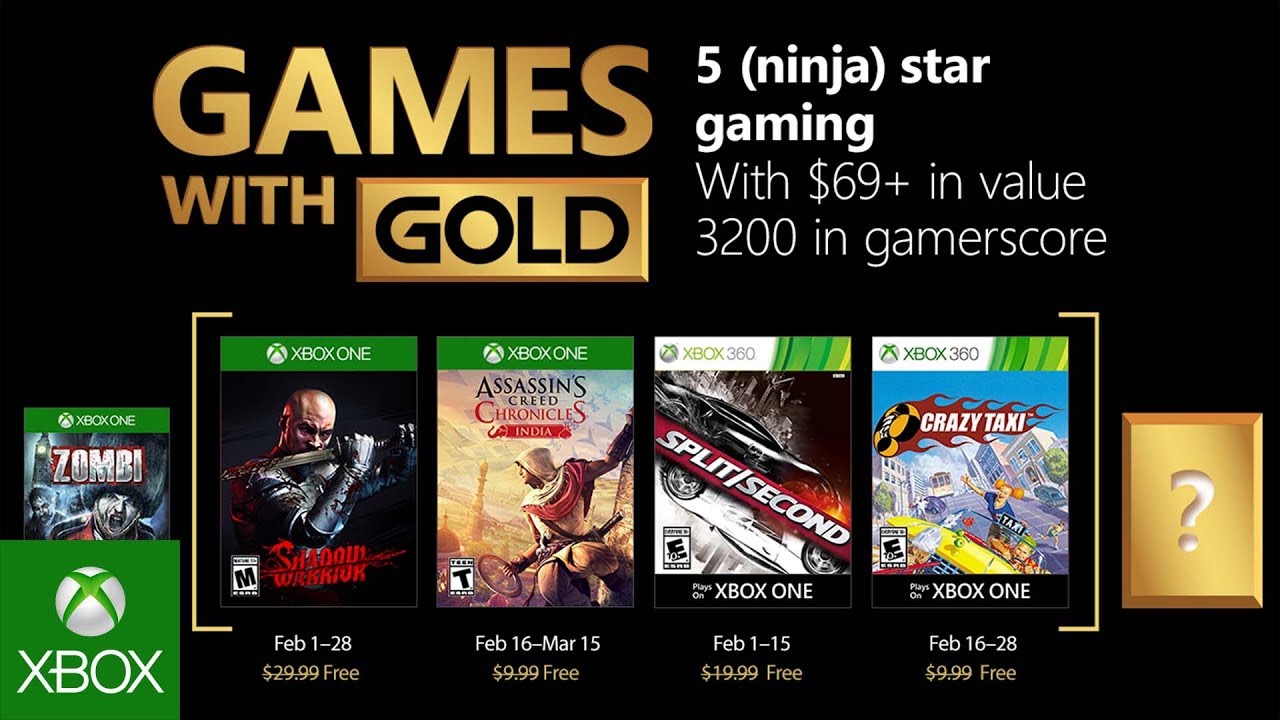 When The Incredible Adventures of Van Helsing III is the highlight of Games with Gold, you know it’s a down month. That was the case in January for the Xbox One and Xbox 360, but things haven’t improved much for February.

Microsoft is kicking things off next month with Shadow Warrior on the Xbox One —  an first-person action combat game that revels in the ridiculous. Assassin’s Creed Chronicles: India is getting the Games with Gold treatment as well, as are Split/Second and Crazy Taxi for the Xbox 360 (both of which will be backward compatible).

Here are the details on the availability of all the Xbox One and Xbox 360 Games with Gold for February:

You’ll save over $69 if you pick up all four games and can add up to 3200 points to your gamerscore. Also, keep in mind that each of the Xbox 360 titles are backward compatible with the Xbox One, so even if you don’t have an Xbox 360 on hand, you can still download all four games listed above. See them in action below: