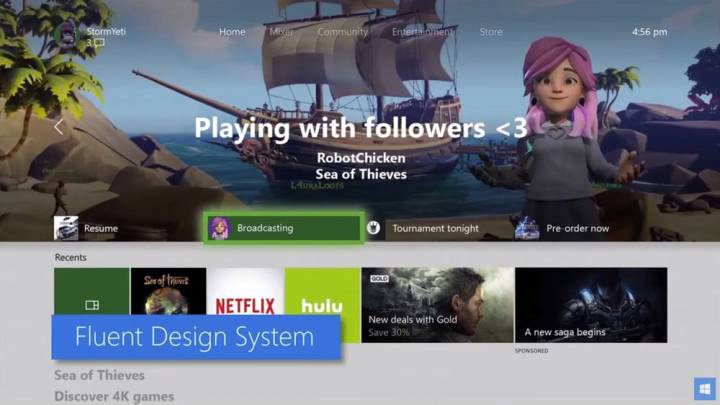 For a while, it seemed like customizable avatars might be the next big thing in console gaming. From Nintendo’s Miis to the Xbox Live Avatars that debuted on Xbox 360 in 2008, the idea of creating a character that could represent you across an entire online ecosystem was an intriguing one. But like most fads, avatars eventually vanished.

When Nintendo made it clear that Mii characters were no longer a priority on the Switch, it seemed like it might be the end of the road for avatars on consoles. But then Microsoft surprised Xbox One owners at E3 last year by unveiling a total overhaul of its Xbox Live Avatars, complete with a modern visual makeover for the new generation.

At the time, Microsoft was planning to launch the new avatar system before the end of 2017, but the company missed that target. Thankfully, Microsoft fans won’t have to wait much longer, as The Verge reports that a preview will roll out to members of the Xbox Insider Program this month before a wide release in April. In fact, sources tell the publication that Xbox employees already have access to the new avatars and have begun testing them.

As Microsoft showed off in the trailer, the new avatar system will let players customize body type, clothing, and props. Microsoft is also focusing on diversity, with robotic arms and wheelchairs both highlighted in the trailer. Regardless of how you want to customize your avatar, you should have the tools to do so.

According to the report, the avatars will be implemented all throughout the Xbox One dashboard, and players will be able to access the avatars from the home screen. Microsoft is also said to be planning to open an avatar store in May, featuring premium props and clothing for avatars, for those willing to pay.