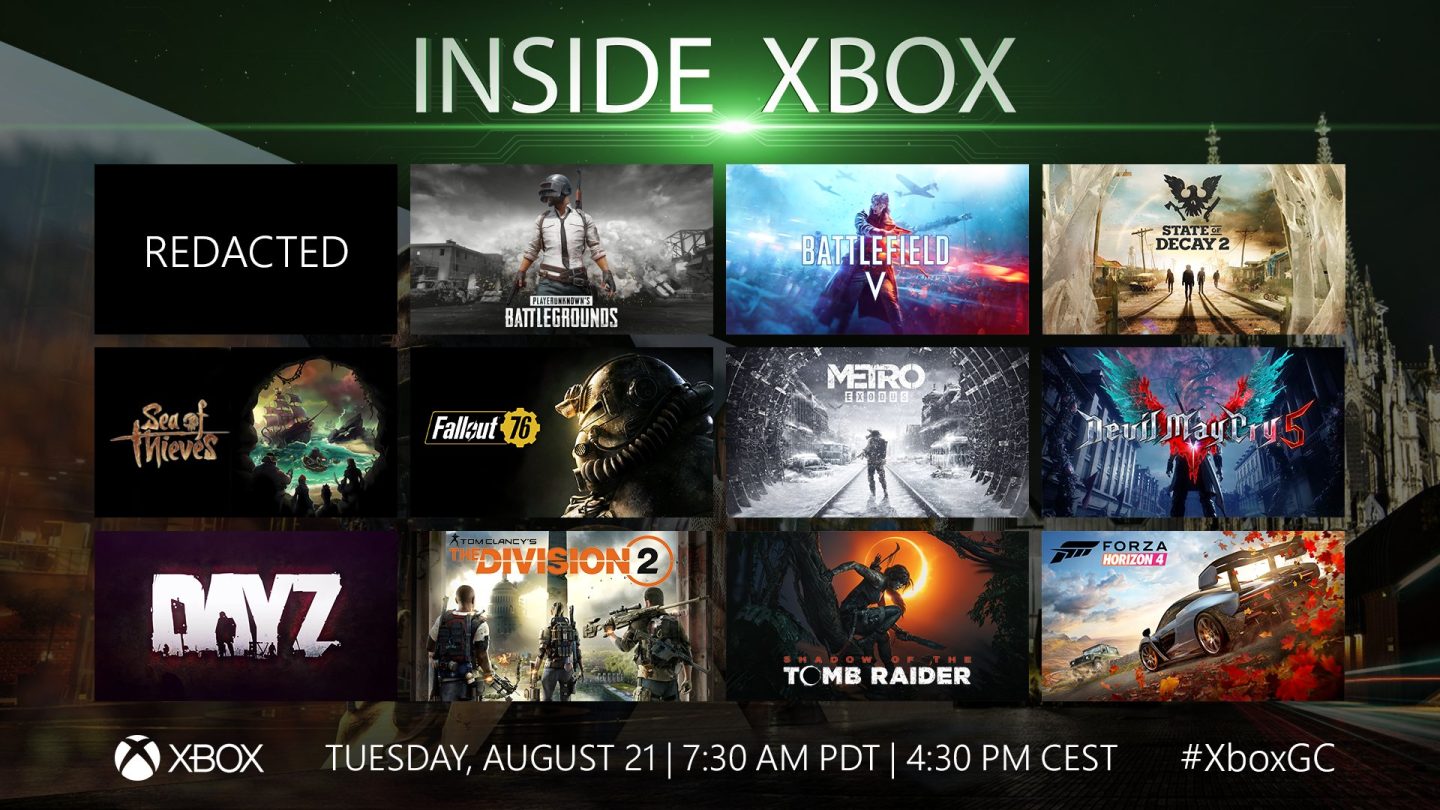 Other than the Nvidia RTX 2080 reveal event on Monday, the only thing resembling a traditional press conference at this year’s Gamescom expo in Cologne, Germany is a “jam-packed, super special” edition of Inside Xbox. If you have never tuned in to Inside Xbox before, it’s similar to a Nintendo Direct, giving Microsoft a chance to discuss and show off new games and hardware. The Gamescom special begins at 10:30 AM ET on August 21st.

We won’t know all that the Xbox team has in store for the stream until the event begins, but based on the description below the video on YouTube, it doesn’t sound like we should get our hopes up for any big new game announcements. Rather, we’ll dive deeper into games like Fallout 76, Metro Exodus, and Forza Horizon 4.

In a tweet, Microsoft also suggested that upcoming games Battlefield V, Devil May Cry 5, and Shadow of the Tomb Raider will also have a presence, as well as previously released titles such as Sea of Thieves, State of Decay 2, and PUBG. There’s also a big black box with the word “REDACTED” in the middle of it, so while it might not be a major first-party title, there should be at least one brand new game shown off during the stream:

There’s virtually no chance that we’ll see or hear anything about a new console at this event, but we will probably see a new bundle or two. This could also be the perfect opportunity for Microsoft to unveil the successor to the Xbox Elite Wireless Controller — a device which has appeared in numerous leaks over the past several months.