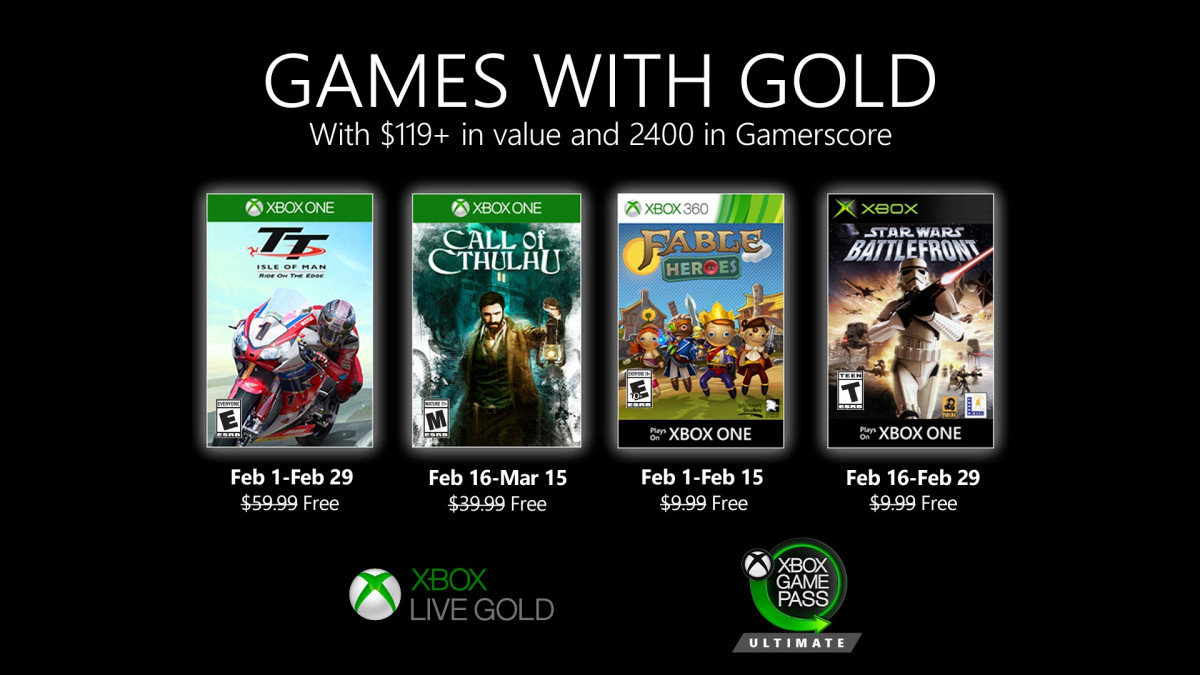 February could be an incredibly important month for the game industry at large, as Sony is expected to unveil the PS5 in full before the end of the month. Xbox fans have something to look forward to as well: Four free games (as long as they’re currently subscribed to Xbox Live Gold). This month’s games include motorcycle racer TT Isle of Man and the survival horror game Call of Cthulhu on Xbox One, plus Fable Heroes and the original Star Wars Battlefront on Xbox 360. The old Battlefront actually holds up, so I’ll be grabbing it ASAP.

Here are the details on the availability of all the free Xbox One and Xbox 360 Games with Gold for February:

You’ll save over $119 if you pick up all four games, and can add up to 2400 points to your gamerscore. Also, keep in mind that each of the Xbox 360 titles are backward compatible with the Xbox One, so even if you don’t have an Xbox 360 on hand, you can still download all four games listed above. And as always, some of last month’s free games are still available if you hurry, so be sure to download them before they go back to being paid.