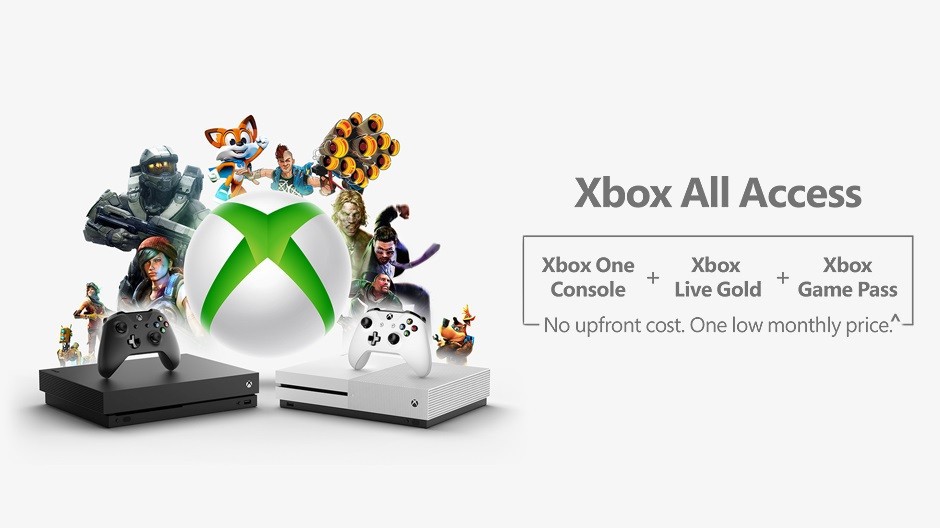 On Monday, Microsoft formally announced Xbox All Access — a limited-time subscription service which leaked last week. As the leak revealed, Xbox All Access will give gamers the opportunity to get an Xbox One console, Xbox Live Gold, and access to Xbox Game Pass all for one low monthly price. If you want to jump into the current generation of gaming consoles, but don’t have hundreds of dollars to get started, this is an enticing offer.

There are two bundles available as part of Xbox All Access. The more expensive plan, which retails for $34.99/month, includes an Xbox One X, as well as Xbox Live Gold and Xbox Game Pass for 24 months. For $21.99/month, you get all the same perks, but an Xbox One S instead. Remember, both consoles play all the same games.

In order to sign up for Xbox All Access, you have to visit a Microsoft Store in person. From there, you can choose the bundle that best suits you, at which point you’ll have to sign up for a Dell Preferred Account (DPA). If you don’t want to pay every month, you can also pay the entire cost of the 24-month subscription up front. Otherwise, you’re committing to paying monthly for two years. Once two years are up, the console is yours to keep.

By the end of the two years, you will have accrued some modest savings, but not enough to make this plan especially worthwhile for those who can afford to spend $300 or so on a console and a game or two up front. Still, the fact that Microsoft is making gaming affordable for those who don’t have the funds is notable.

Microsoft says that Xbox All Access will be available from August 27th through December 31st, 2018, while supplies last. By the time the two years is up, there’s a decent chance that Microsoft will be on the cusp of revealing the next Xbox or will have already announced it, if this year’s E3 press conference was anything to go by.