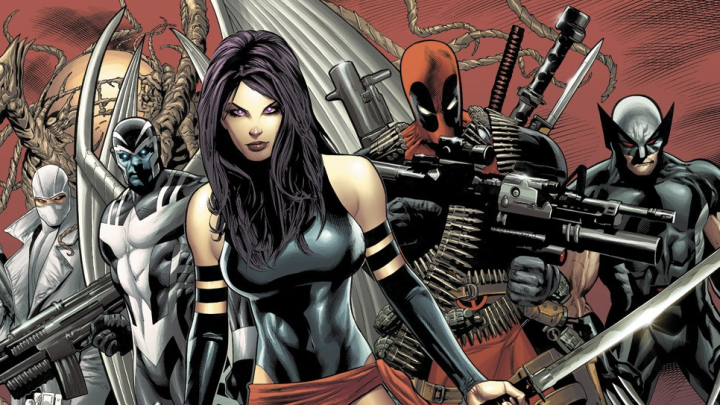 With Star Wars: The Force Awakens out of the way and the unstoppable freight train that is the Marvel Cinematic Universe temporarily on hold until May, everyone is shifting their focus to Deadpool. Despite some occasional misfires from 20th Century Fox, everyone is uncharacteristically confident about the antihero who constantly breaks the fourth wall.

READ MORE: 4 burning questions I have after seeing ‘Star Wars: The Force Awakens’

What you might not know is that Deadpool is also a member of a superhero team similar to The Avengers called X-Force, which itself is an offshoot of the X-Men. But unlike The Avengers or the X-Men, the members of X-Force are willing to resort to any means necessary in order to stop a villain, including gratuitous violence.

In 2013, Fox announced that Kick-Ass 2 writer and director Jeff Wadlow would write the script for an X-Force movie. Since the announcement, Deadpool and X-Force creator Robert Liefeld has repeatedly praised the script:

I was fortunate enough to read the current draft of the X-Force film last week, and I can tell you, it was beyond impressive!

He also noted that it would be “plausible to see the X-Force and [Deadpool] stand alone [films] released within 6 months to a year of one another,” but after the leaked test footage for Deadpool received such a colossal response from fans, it was fast-tracked by Fox in order to get it out the door as quickly as possible.

It’s basically been radio silence on the X-Force front since then, but over the weekend, ComicBook.com stumbled upon the website of concept artist Greg Semkow, who appears to have collaborated with Wadlow on a piece of art featuring the cast of the X-Force film. You can see the image below:

The team you see above includes Cable (the leader of the bunch), Domino, Warpath, Cannonball and a female mutant in a hoodie who is significantly harder to identify. ComicBook.com assumes it could be Psylocke or Hope Summers, but there are plenty of women from multiple incarnations of the X-Force team to choose from.

If Deadpool is as successful as Fox believes it could be, you should expect to hear a lot more about X-Force in the coming weeks and months.