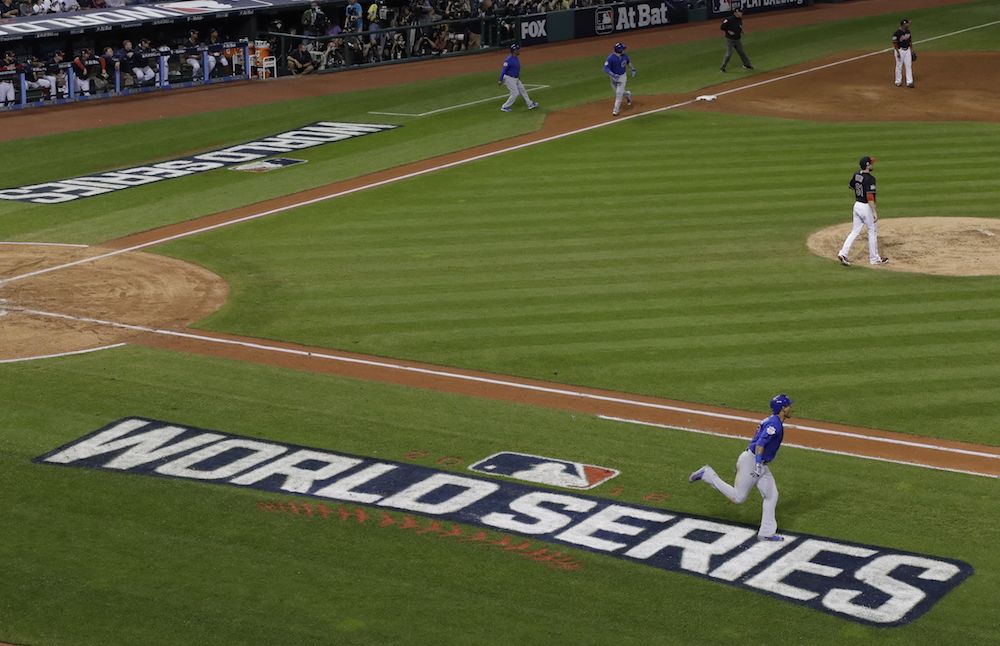 With the World Series once again on the line, the Chicago Cubs unleashed an offensive torrent on the Cleveland Indians in Game 6 on Tuesday night. It all comes down to this. Game 7 at Progressive Field begins at 8:00PM on Fox.

MUST SEE: Everything being added to Netflix in November

While a majority of the World Series games had been competitive up until last night, Game 6 was Chicago’s most impressive performance of the postseason, at least when it came to swinging the bat.

Josh Tomlin nearly made it out of the first inning unscathed, with two quick outs and two strikes and Kris Bryant. But then Bryant barreled up a curveball and launched it out of the park, giving the Cubs an early lead that they would never relinquish.

Three runs in the first, four in the third (off of an Addison Russell grand slam) and two in the ninth (just for good measure) would give the Cubs a 9-3 edge over the Indians in Game 6. But with Cubs closer Aroldis Chapman having thrown over 60 pitches in the past two games, there’s no telling what his availability will be.

So in the final game of the 2016 MLB season, Cubs starter Kyle Hendricks (16-8) will do whatever he can to keep the scoreboard clean, as Corey Kluber (18-9) takes the mound for the third time for the Indians, having only given up one run total so far. This should be an absolutely epic conclusion.