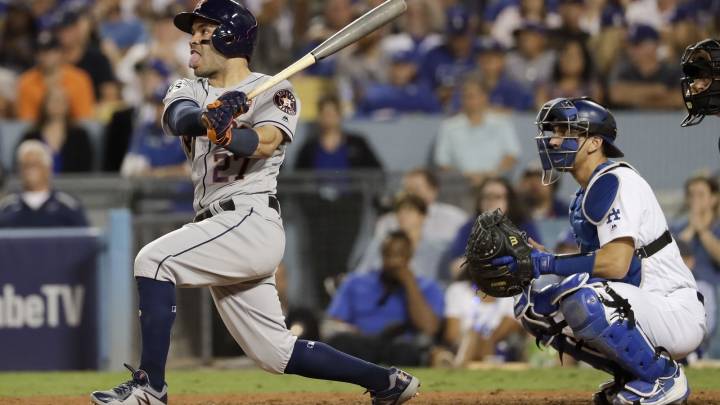 Game 2 of the 2017 World Series initially looked like a mirror image of Game 1. Both starters pitched well, but the Astros couldn’t quite break through as the Dodgers took a 3-1 lead in the bottom of the sixth. Then Bregman scored on a Carlos Correa single in the top of the eighth. And then Marwin Gonzalez homered in the top of the ninth. Five extra-inning home runs later (a World Series record), the Astros had powered their way to a win.

Now, back at home in Houston and with all the momentum in the world, the Astros will try to take a lead in the series as Game 3 kicks off on Fox at 8:20 PM ET tonight. After the fireworks of Game 2, this is must-watch television.

If the Astros are going to give their hometown fans something to cheer about, they’re going to have to do it against Yu Darvish — a recent addition to the Dodgers rotation, but a familiar sight in Houston. Darvish spent five years with the Rangers in the same division as the Astros, and though his record against the rival team was 5-5 in 14 starts, his 3.44 ERA is proof that he kept his team in the game on a regular basis. The Astros will counter with Lance McCullers, who gave up just 1 run in 10 innings during the two games he pitched in the ALCS.