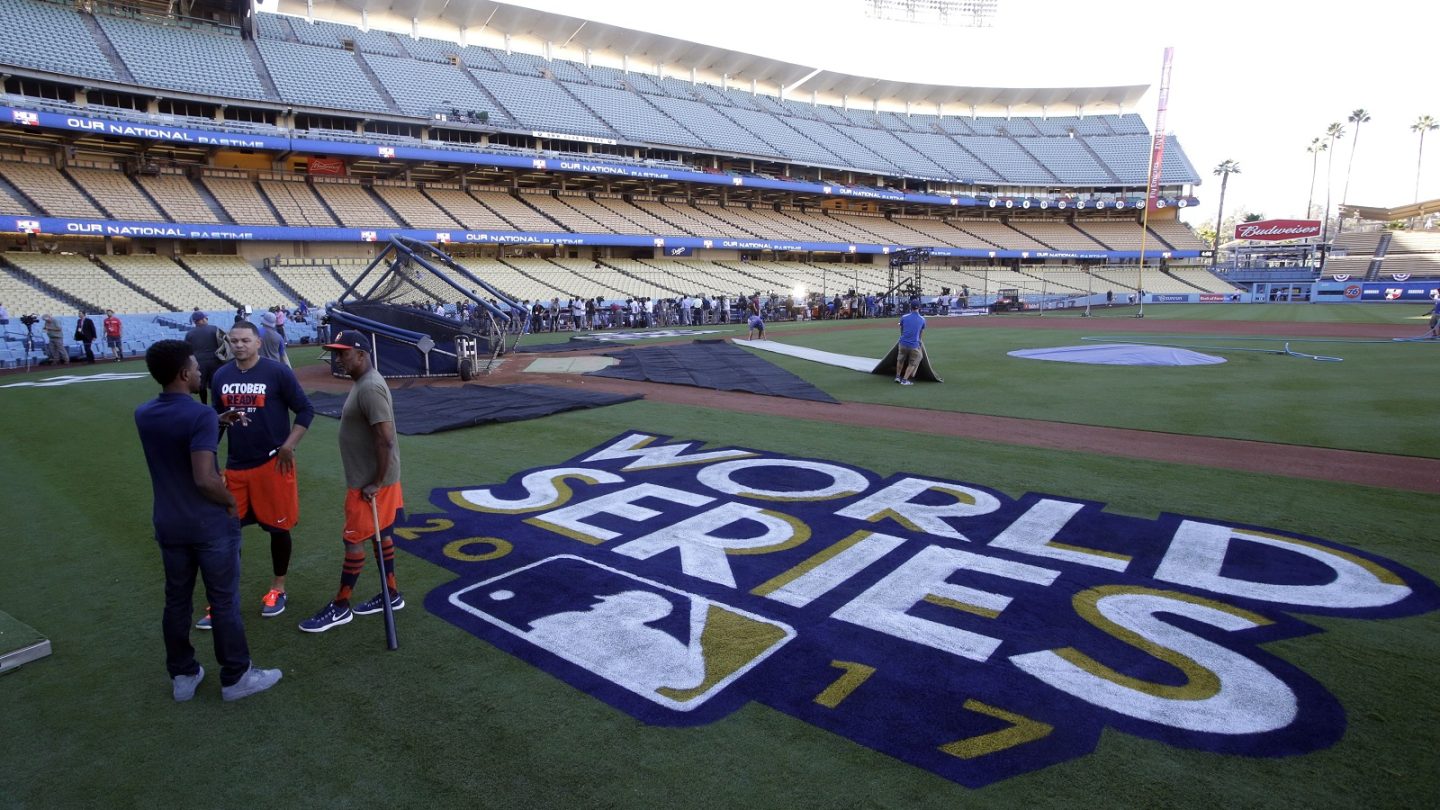 Going into the 2017 MLB postseason, the Houston Astros and Los Angeles Dodgers both looked like shoo-ins for the World Series. While the Yankees ended up giving the Astros all they could handle in the ALCS, the most dangerous two teams will end up facing off in the 2017 World Series, starting on Tuesday night at 8:00 PM ET on Fox.

While the Dodgers have been to the Fall Classic several times in their long and storied history, tonight will mark their first appearance since 1988, when they defeated the Athletics four games to one. The Astros, on the other hand, have only made it to the World Series once, in 2005, where they were swept by the White Sox.

Game 1 of the 2017 World Series will take place in Los Angeles at Dodger Stadium on Tuesday night, with two of the most dominant pitchers of the season facing off against one another in a game that could set the tone for the rest of the series. Pitching for the Dodgers is ace Clayton Kershaw, who is looking to redeem himself from past postseason disasters and get a win at home tonight. Opposing him will be Astros lefty Dallas Keuchel, who won his first nine decisions of the regular season before missing nearly two months to injury.

Needless to say, there’s a lot on the line for both teams, both fan bases and both pitchers as the series kicks off on Tuesday night. If you have cable and want to watch on TV, just tune into Fox at 8:00 PM ET tonight. If you are looking for alternate options, virtually every live TV streaming service includes Fox in its lineup of channels. You’ll just have to make sure that the service you choose allows you to stream locally in your market.