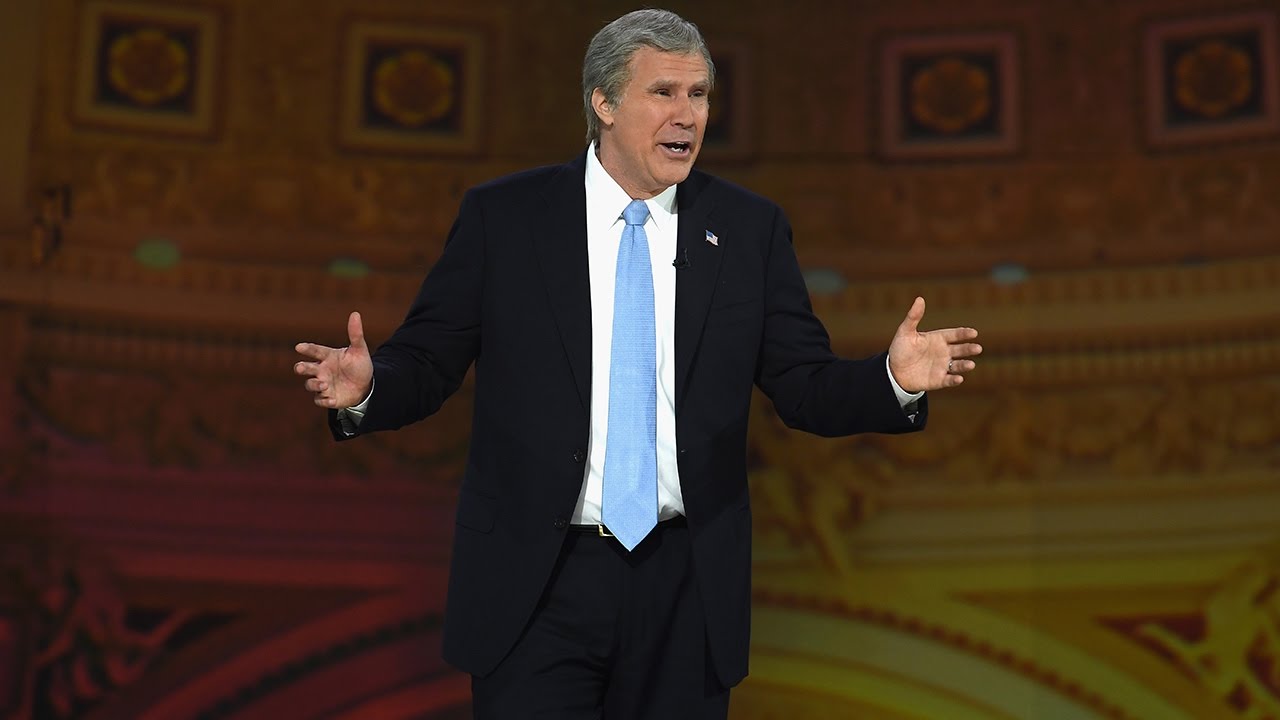 Shortly before Donald Trump’s announced that he would break with tradition and skip the White House Correspondents’ Dinner this year, Samantha Bee revealed on her TBS show Full Frontal that she would be hosting an alternative event on the same night, regardless of whether or not Trump showed up.

Not the White House Correspondent’s Dinner (as it was so cleverly dubbed) took place on Saturday night as planned, and although the response has been mixed, several segments seemed to go over especially well with the audience. One of those segments saw the return of Will Ferrell’s Bush impression.

Bee had been teasing a surprise guest from early on in the broadcast, and as the show began to wrap up, Will Ferrell trotted out on to the stage in full George W. Bush garb, asking the audience: “How do ya like me now, huh?” Raucous applause followed for the “prodigal son,” who then updated the audience on how his life has been going since leaving office and his thoughts on President Trump:

After scolding members of the press for asking him ‘gotcha’ questions (“Why are we going to war?” “What is your middle name?”), Ferrell showed off a painting he’d been working on of Trump, which he couldn’t finish because he ran out of yellow and orange paint. Also worth noting: he wants to call the color that results from mixing orange and yellow “Mar-a-Lago.”

Although Ferrell was the highlight of the event, he was just one of several celebrity guests in attendance. Comedians Patton Oswalt, Cameron Esposito, Kumail Nanjiani and Billy Eichner also made appearances, along with the band Peaches playing the show’s theme.