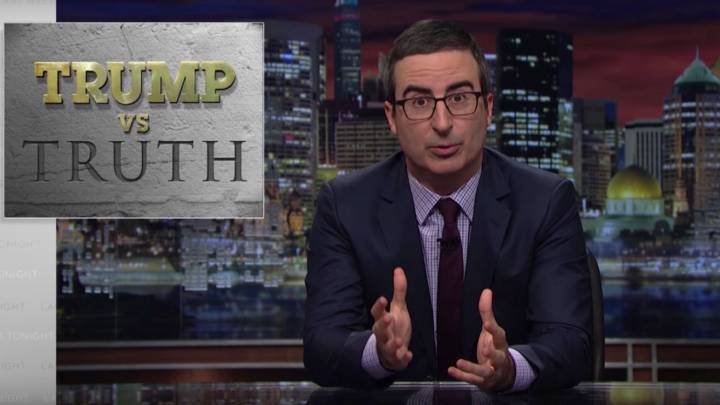 President Donald Trump has told more alternative fact — which most people refer to as lies — than any of his predecessors. Yet he still seems to believe the falsehoods he spreads, and he lets them influence his job. Moreover, many of his supporters go by his word and put their trust in every word he says. After all, he’s the president.

Thankfully, John Oliver’s Last Week Tonight is back on HBO, and the show’s first order of business in its new season was to explain why Trump lies and why so many people believe him.

Oliver and his team regularly tackle sensitive matters and explain them using humor. And Trump’s habit of lying on TV caught Oliver’s attention, especially considering that Trump is no longer the unorthodox candidate you thought could never win. He’s the president.

Oliver hilariously explains why Trump lies. He’s misinformed on a variety of issues because he follows questionable sources that do not provide accurate news reports. The president then regurgitates versions of the news he hears and believes to be true, and he acts on that information. In turn, some of his supporters who do not access other news sources, or who do not trust media establishments that challenge Trump’s lies, believe what he says, further refueling his confidence.

Oliver also found a hilarious solution to fix Trump’s problem: Create TV commercials filled with facts that a president should know and air them on other TV channels during the hours Trump is known to watch TV. Check out the hilarious Last Week Tonight segment below.