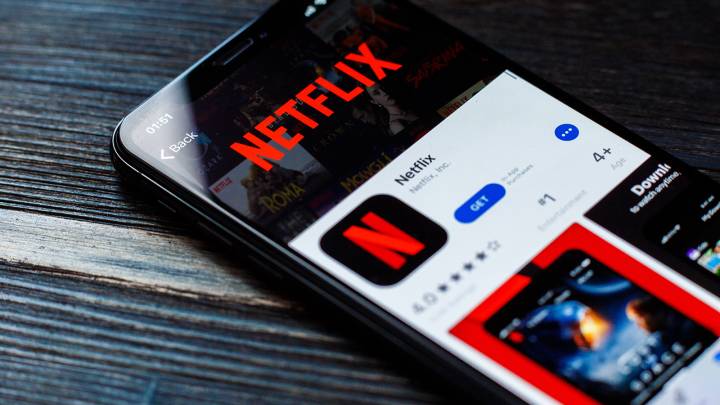 Our readers are huge Netflix fans and so are we. How could you not be a fan of the biggest streaming media service out there right now? Netflix is home to thousands upon thousands of movies, TV shows, documentaries, and special features that can’t be streamed anywhere else. Sure, there’s plenty of competition out there right now and even more competition coming, but most people view those other streaming services as potential additions to Netflix. In other words, you’re not going to see very many people ditch their Netflix subscriptions even if they decide to also subscribe to other services like Disney+, Apple TV+, or HBO Max when it launches in the coming months.

As great as Netflix is, there is one issue that some subscribers have trouble with: there’s always so much new content being added each month that people can get overwhelmed. In March 2020 alone, for example, Netflix is adding a whopping 55 new original movies and shows to its content catalog — and that doesn’t even include all the third-party content set to premiere over the course of the month. If you don’t want to bother looking through all that content and just want a short list of surprisingly good stuff to watch, we round up 10 surprisingly good movies and shows each month that you might have missed. Some titles are brand new releases while others are older movies and shows that you might’ve missed, but they’re all entertaining and you should definitely check them out if you missed any.

The first line in the trailer for I Am Not Okay With This says it all. This epic drama from End Of The F***ing World creator Jonathan Entwistle follows Syd, a high school girl who moves to a new town following the death of her father. She’s already awkward and struggling to fit in when a startling discovery complicates things even further for Syd: She has superpowers she can’t control that always seem to surface at the worst possible times.

Watch I Am Not Okay With This

If the series finale of BoJack Horseman left an empty space in your like, Paradise PD might be able to fill it. Season 2 of this animated Netflix original was released earlier this month and people seem to be loving it. The show is definitely raunchy so don’t bother checking it out if that’s not your thing.

If you’re in the mood for an action thriller, the new flick Spenser Confidential is just what the doctor ordered. Mark Wahlberg stars as Spenser, a former police officer who takes it upon himself to investigate the deaths of two Boston police officers. The movie co-stars Winston Duke, who you’ll instantly recognize from his role as M’Baku in Black Panther.

Marc Maron’s new Netflix comedy special End Times Fun was just released last week, and Maron fans are saying it’s a winner. Of note, this set covering all the signs that suggest the end of the world is upon us was shot before the novel coronavirus, so you don’t have to worry about Maron tackling that. Nothing else is off limits though, and you should definitely watch this stand-up special if you’re a Maron fan.

Elite is a Spanish-language Netflix original that isn’t quite as popular as Money Heist, but it’s getting there. The show follows three teens from working-class families who were given scholarships to Spain’s most elite high school. The third season was just released this month, and here’s Netflix’s description: “A new school year in Las Encinas and the students want nothing more than for things to go back to normal. However, an unexpected event will force them to make choices that will change their lives forever.”

The second season of this South Korean drama was one of March’s most hotly anticipated releases, and now it’s finally here. Kingdom is part period piece, part political drama, part zombie invasion, and all awesome. It’s based on the webcomic The Kingdom of the Gods written by Eun-hee with illustrations by Yang Kyung-il, and it’s a terrific show to check out if you haven’t already seen it.

We’ve covered plenty of new shows and movies on Netflix, and now it’s time for an oldie-but-goodie that you definitely need to watch if you missed it. Broadchurch stars David Tennant and Olivia Colman before she was the huge star she has become today, and it follows a pair of police detectives investigating the shocking murder of a young boy in a small town called Broadchurch. The show is over now, but all three seasons are terrific.

Atypical is another Netflix show that has received plenty of critical acclaim, yet there are still plenty of people out there who have never heard of it or haven’t yet watched it. If this series has somehow not made its way onto your Netflix queue, you should fix that immediately. It’s a coming-of-age story that 18-year-old Sam Gardner, who is on the autism spectrum and is played masterfully by Keir Gilchrist. Sam’s parents Doug and Elsa (played by Michael Rapaport and Jennifer Jason Leigh) and his sister Casey (played by Brigette Lundy-Paine) make Sam the center of attention, but they realize he’s far more independent than they think as they all struggle with problems of their own.

Netflix’s one-sentence description of John Mulaney & The Sack Lunch Bunch really says it all: “A children’s musical comedy special from a man with neither children nor musical ability.” It’s so much better than anyone expected, and you really should check it out if you haven’t already streamed it.

Fans of docu-series along the lines of Planet Earth will absolutely love the Netflix original Our Planet. It’s an eight-episode exploration of life on Earth across 50 different countries, with stunning 4K footage that will leave your jaw on the floor. It’s narrated by none other than David Attenborough, and it’s a fascinating watch.