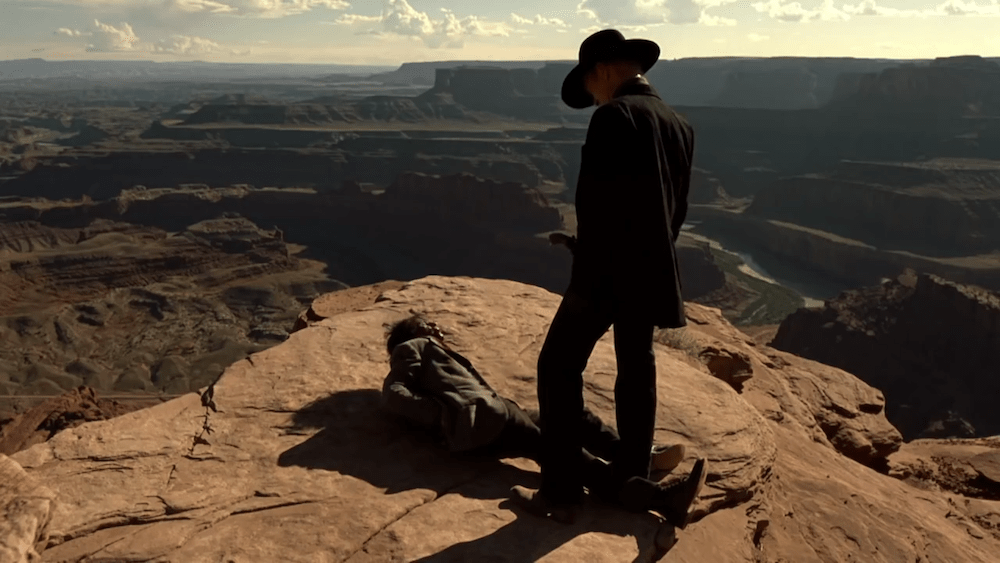 Between the unbelievable finish to the NBA Finals and the budget-blowing ninth episode of Game of Thrones’ sixth season, it’s understandable that more people aren’t talking about the teaser trailer for HBO’s Westworld.

SEE ALSO: 13 new movie trailers you need to watch from this past week

Westworld was first a 1973 movie written and directed by Michael Crichton, best known as the author of Jurassic Park. HBO ordered a pilot for a potential series based on the movie in 2013, but by the time the show finally launches this fall, it will have taken nearly three years for the finished product to materialize.

According to HBO, the show is “a dark odyssey about the dawn of artificial consciousness and the evolution of sin,” set in a world that mashes together the near future and the distant past to create something vaguely recognizable.

Jonathan Nolan, Interstellar co-writer and brother of Christopher Nolan, will direct and executive produce the series along with his wife, Lisa Joy. Anthony Hopkins, Ed Harris, Evan Rachel Wood, James Marsden and plenty of other big name talent is set to appear in the 10-episode series.

Unfortunately, we’re going to have to wait until October to see the fruits of their labor, as the show’s production was halted earlier this year “in order to get ahead of the writing.” Hopefully the show will be better for it.

You can see the latest trailer for Westworld below: