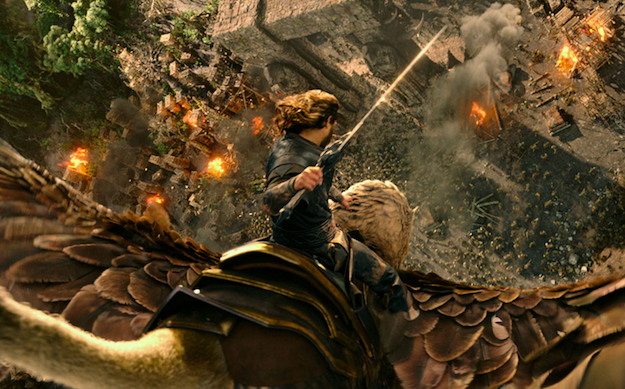 Now that the Hobbit trilogy has ended its unexpected journey and The Lord of the Rings movies are little more than a distant memory, fans of epic medieval fantasy aren’t left with much to get excited about in the coming months.

In fact, the only real contender of 2016 might be Warcraft, a movie based on a video game. And on Sunday, we got a brand new trailer.

Understandably, both fans of the game series and moviegoers who couldn’t care less about the source material are skeptical about this one. Along with carrying the baggage of all the other terrible video game movies, Warcraft also spent a significant amount of time in development hell, and many assumed it would never see the light of day.

But after years in development, the movie is finally going to reach theaters (whether we’re ready for it or not). We just have to hope that director Duncan Jones managed to pull off the seemingly impossible and make a fun, watchable fantasy adventure.

Here’s the summary of the movie’s plot:

The peaceful realm of Azeroth stands on the brink of war as its civilization faces a fearsome race of invaders: Orc warriors fleeing their dying home to colonize another. As a portal opens to connect the two worlds, one army faces destruction and the other faces extinction. From opposing sides, two heroes are set on a collision course that will decide the fate of their family, their people and their home.

So begins a spectacular saga of power and sacrifice in which war has many faces, and everyone fights for something.