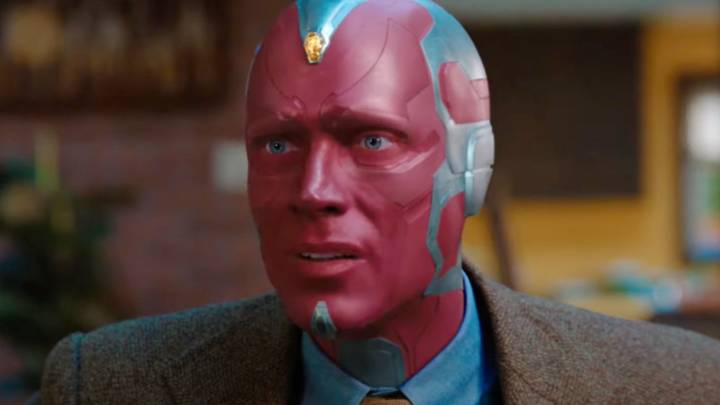 We’re in the final stretch; we have three more weeks of WandaVision, with Episode 7 set to premiere on Friday. The new installment is likely to bring us additional answers as we’re approaching the finale. And after what happened in Episode 6, we’re certainly in for a wild ride. Wanda just raised the stakes in the most amazing way, and we’re about to see how everyone else will respond. Before we get to the finale, we’ll have to understand how it all started.

A few days ago, a leak indicated that the TV show could feature that sort of flashback scene, and we had reason to believe the leak was accurate. After all, we’ve seen plenty of WandaVision leaks that turned out to be correct in the past few weeks. We now have another unexpected leak that tells us that flashback is happening soon — mind you, spoilers will follow below.

Storyboards for a scene showing Wanda’s arrival at the SWORD headquarters searching for Vision’s corpse leaked a few days ago. They were posted on Anthony Winn’s ArtStation profile before being scraped. Marvel fans then found them on Winn’s IMDB page, but they were promptly removed from there as well.

Winn is one of Marvel’s main storyboard artists, and the scenes seemed genuine. I explained at the time that I had seen some of the images, and they fit well with that video that SWORD Director Hayward featured during a previous episode. Hayward only showed us an edited version of the clip that doesn’t fully explain why Wanda got there. That video makes Wanda look like the bad guy so far, and Hayward has been painting her as a villain for a few episodes now.

Winn’s storyboard showed that Wanda left without Vision’s corpse from the SWORD facility, however.

This brings us to the newest WandaVision leak — photos taken from the various sets used in WandaVision, which surfaced on a Brazilian Twitter account:

What’s important in the set of pics above is the first image. It matches the interior scene in Hayward’s video. We’re looking at various tables containing various parts of Vision’s body, with several scientists around the tables. On the ground, there’s plenty of shattered glass, as if someone smashed through it.

You guessed it that someone is probably Wanda. Winn’s storyboards also featured a scene with a broken window.

That might not be enough to prove that we’ll see a flashback showing Wanda’s perspective of this scene. After all, Marvel had to create a set for that security cam footage that Hayward showed everyone. That could be the simplest explanation for the image above.

But wait, there’s more. A Redditor compiled all the scenes from the WandaVision trailers that were not shown in any of the six episodes that aired on Disney+ so far. The resulting clip is nearly one minute long. At around the 42-second mark in the clip at the end of this video, we see Wanda using her powers to fly downwards inside an indoor setting. She’s descending from an upper level that features plenty of Windows, and it looks like she has just smashed through them. More interesting is the fact that the glass wall in the scene appears to match the one in the leaked image above. The video cuts before we see her land. Here’s the actual Marvel trailer from a few weeks ago:

Of course, Marvel could have used this scene for the trailer. But it would be such a waste not including this iconic scene in one of the future episodes. After all, Wanda does get to experience a similar scene in the comics, where she finds Vision’s disassembled body. Not to mention that we have to know precisely why Wanda stole Vision, what her mental state was at the time, and whether someone else was controlling her.

That said, we have no idea in what episode we’ll see this scene. But we’ll soon find out whether it’s Episode 7. Check out all the WandaVision trailer scenes that are still to show up in the TV show below.