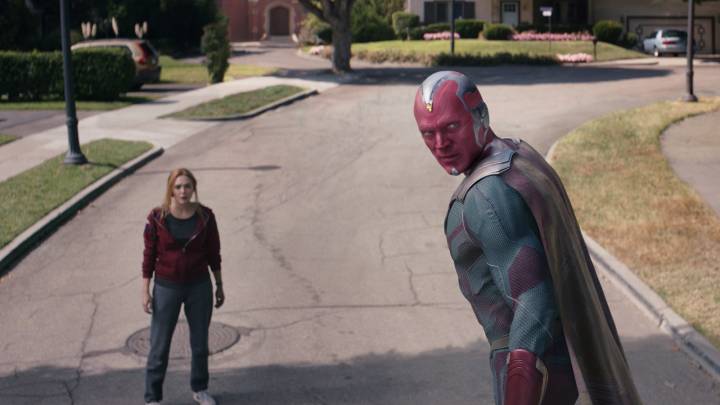 From the moment the first episode of WandaVision dropped on Disney+ in January, Marvel fans started hypothesizing about all of the possible cameos they might be treated to over the next eight weeks. One cameo in particular seemed to be all but inevitable, as Marvel had already announced WandaVision would be directly linked to Doctor Strange in the Multiverse of Madness, but the credits rolled on the finale without a hint of Benedict’s beard.

The lack of Strange was undoubtedly disappointing for some viewers, but it turns out that the Sorcerer Supreme was initially in the show. In fact, in an interview with Rolling Stone that was just released this week (via MovieWeb), Marvel boss Kevin Feige revealed that the studio had gone as far as to strike a deal with Benedict Cumberbatch to appear in the final episode of the season, but they ended up writing him out of the story.

As Feige explains, in an older version of the show, the commercials for fictional products like Toast Mate and Hydra Soak were actually messages that Doctor Strange was sending to Wanda Maximoff in an attempt to break through the illusion that she created which had enveloped an entire town in New Jersey.

The commercials were certainly a fun element of the show and gave fans even more to speculate over, but they didn’t make much sense and seemed disconnected from the rest of the plot. Now we know the commercials were intended to set up the reveal of Doctor Strange in the finale, but Marvel changed its mind.

Here’s why the team decided to take Doctor Strange out of WandaVision, as explained by Kevin Feige:

Some people might say, ‘Oh, it would’ve been so cool to see Doctor Strange.’ But It would have taken away from Wanda. We didn’t want the end of the show to be commoditized to go to the next movie – here’s the white guy, ‘Let me show you how power works.’

It’s an interesting balancing act that Marvel has to pull off with its Disney+ shows. On one hand, having Thor, Spider-Man, or Black Widow pop up in every other episode would make plenty of fans lose their minds, but these shows are also a great chance to let characters like Wanda Maximoff, Sam Wilson, and Bucky Barnes shine of their own accord. It will be interesting to see if this remains true for future shows like Ms. Marvel and She-Hulk.

Speaking of Marvel’s future, the studio announced the titles and release dates for its next ten movies on Monday as well. The big news is that the sequel to Black Panther will be called Black Panther: Wakanda Forever, and the sequel to Captain Marvel has been titled The Marvels. The latter title seems to be a reference to the fact that Ms. Marvel and Captain Marvel will be teaming up. But will Carol Danvers show up in Ms. Marvel on Disney+?