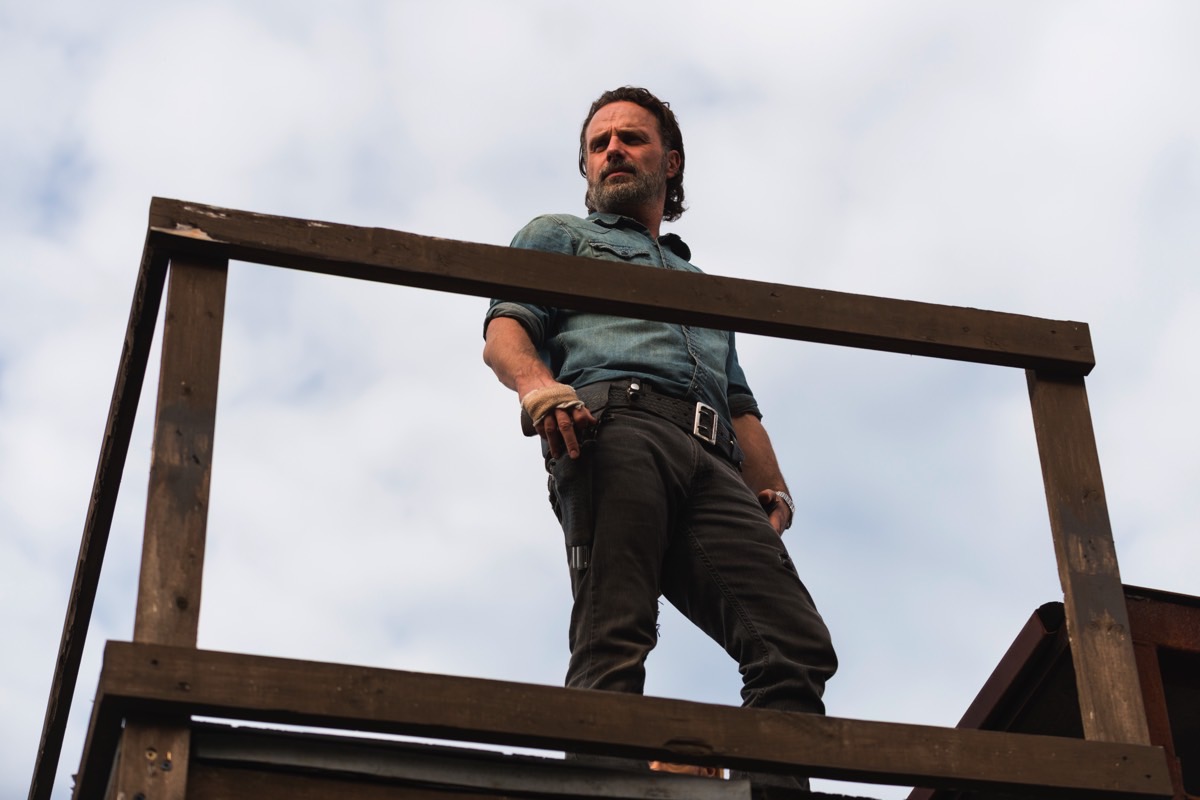 The eighth season of AMC’s The Walking Dead premieres on October 22nd, but I can’t say I’m too excited about it, after last season. However, fans should know that the action should pick up significantly in the upcoming season, at least compared to the first part of season 7.

In fact, one of the Walking Dead stars compares the first few episodes of season 8 with Die Hard, when it comes to action.

He’s not one of the original Walking Dead crew, but Ross Marquand certainly made an impression on the show playing Aaron.

In an interview with Entertainment Weekly, the actor explained what season 8 is all about, and how it compares to season 7.

“The first four or five episodes are kind of like little mini action films,” he said. “They’re hour long action films, each one of them, and that’s just exciting for me being an action nerd because Die Hard is my favorite action movie of all time and there are little moments like that throughout.”

“There are these really sort of beautifully nuanced and realistic action moments. For me, that’s what I always like to go for. I like to go for realism interaction, and I think that we’ve struck a really good balance of the fantastical elements of the show with some really great just old school action sequences that I think are going to blow everyone away. I mean myself included. I was there for it, but seeing it all cut together is a totally different thing,” he added.

That does sound exciting. And I have to say that, as annoying as the first half of season 7 was, it’s the second half that really saved much of it. Even so, season 7’s plot had various issues and the writing could have been better. Don’t even get me started on the whole coffin scene.

Marquand further explained that season 7 was used to introduce Negan and his crew, which can explain the slower pace. But now that all the pieces of the puzzle are arranged on the board, we should expect more action from season 8.

“The other thing I would say is that last year was so much about getting to know Negan and his men, which we needed to do,” he said. “We needed to find out who he was, what motivated all of them and what made them tick, and that was essential for the overall arc of the story. But now that we’ve done that, now that we’ve laid that foundation, it just feels more epic this season.”

“It feels much more like these two worlds have been fully fleshed out and now we’re getting to see the result of all of the terrible things that happened in season 7,” the actor added. “I think that last season was a very meticulous setting up of a number of different domino pieces in a row, and this year, it’s not getting flicked over by the person at the top. The domino pieces are getting shot down with a giant cannon, that’s how we’re starting out the season, and it just keeps going all the way to the end.”