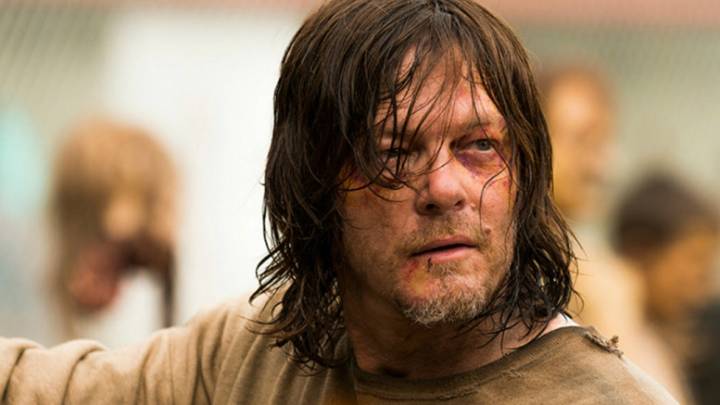 Shortly before the first episode of season 7 of The Walking Dead aired, Norman Reedus (who plays Daryl) said that the premiere episode was so crazy that viewers will want to “kick their TV sets” by the end of the show. And true to form, the first episode was nothing short of a gruesome and heart-wrenching affair that saw Negan mercilessly brutalize and kill two of the shows most beloved characters, Glenn and Abraham.

With episode 8 set to air later tonight, and thus bringing the first half of season 7 to a close, we now have another intriguing warning from a Walking Dead cast-member, this time coming from Josh McDermitt who plays the quirky and yet oddly likable Eugene.

Appearing on EW Morning Live recently, McDermitt had some interesting things to say about tonight’s episode. As a quick backdrop to McDermitt’s remarks, recall that last week’s episode concluded with Negan playing with Judith while joking about killing both Carl and Rick and staying in Alexandria.

“The wolf is in the hen house,” McDermitt said. “I think the phrase is ‘fox in the hen house,’ but Negan is very much a wolf. I would not call him a fox. The way the last episode ended, with him holding baby Judith, is pretty disgusting, and we’re gonna pick up shortly after that and see what goes down. You know, Rick right now is not in Alexandria. He’s off on a supply run or something with Aaron, so we’re gonna see more of that and what happens there. And hopefully, he can make it back to Alexandria in time to see Negan basically becoming the adoptive father to baby Judith and Carl. And everything is going to do go down in Alexandria.”

As to how the mid-season episode will end, well that’s anybody’s guess, but McDermitt tantalizingly tells us that it will end “with a bang.” Some have reasonably predicted that Negan will boldly attempt to take Judith away from Rick in an effort to further humiliate him.

Regardless of what happens, history tells us that The Walking Dead writers certainly know how to put together a cliff-hanger.

A trailer for tonight’s episode can be seen below.