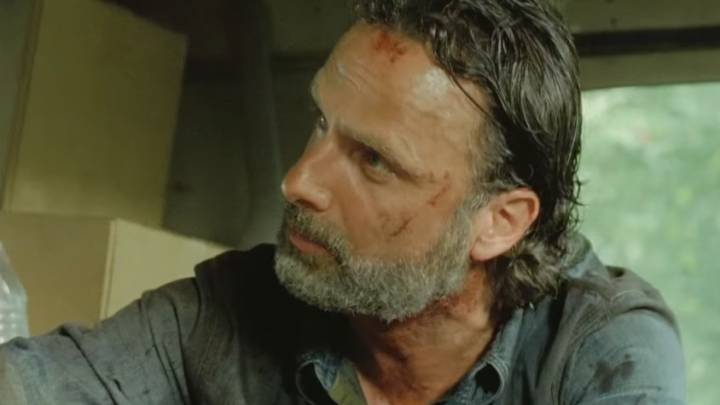 The second half of season 7 of The Walking Dead is in full swing and as riveting as ever. Negan is still in the mix and Rick and co. are still trying to do anything they can to stay alive and revert back to a time where the only thing they had to worry about were walkers, as opposed to roving gangs of madmen.

With episode 12 already set to air next week, AMC last night released a short and sweet teaser trailer for the show’s upcoming episode. Titled Say Yes, the clip isn’t all that revealing but we do see Rick and Michonne out driving and searching for guns before they get (shocker!) overrun by walkers.

Will they survive? Of course they will, but the masterful direction of the show has made it easy to digest some of the same story arcs and action scenes we’ve seen countless times before. Also helping matters is that the show’s creators have come up with increasingly clever ways for the characters to evade and dispose of walkers. As a prime example, the way Rick and Michonne used two cars and a wire to maim, and in some cases decapitate, hundreds of walkers in episode 1 was absolutely brilliant.

In any event, if you’re all caught up on The Walking Dead and need to get your fix in before episode 12 airs next week, feast your eyes upon these two trailers below.

And for anyone who still can’t get enough the show after nearly 7 full seasons, you might be relieved to know that AMC has renewed The Walking Dead for an 8th season. Even better, we won’t have to wait long for it as it will reportedly debut sometime in late 2017.