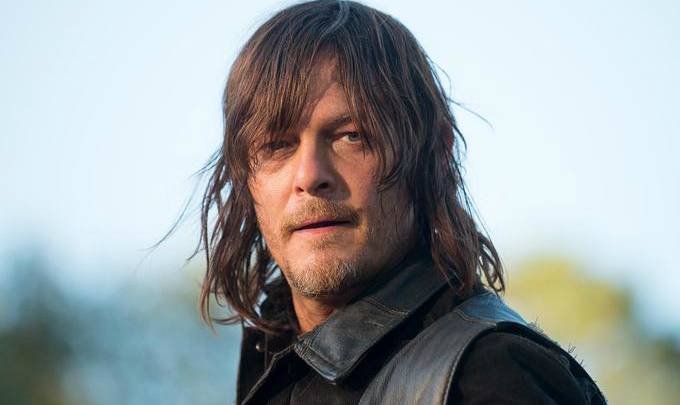 Last night’s episode of The Walking Dead was definitely one of the craziest I’ve seen so far in season 6. For the first time in weeks, there appear to be no dangers visible for the Alexandria group. Because of this, the first half of the episode is surprisingly boring — it’s like Walking Dead creators needed a breather with the season finale coming up. But make no mistake, this episode is full of surprises – so in case you haven’t seen it, stay away from this article, as it contains several spoilers.

DON’T MISS: Adele is the latest celebrity to have private pictures exposed online

The episode’s action starts when Daryl and Rosita agree to take Denise to search for a nearby pharmacy that might have a good stash of drugs. During their journey, Denise seems to feel the need to prove to herself and everyone else that she can survive and thrive outside of the safe walls of Alexandria. And for a while she has us convinced she’ll survive the episode.

Then we cut back to Eugene, who has been working on a plan to help Alexandria manufacture its own bullets. But while out on patrol, he nearly gets killed by a zombie, and then he’s captured by Dwight, the Wolf gang member who previously stole Daryl’s motorcycle and crossbow.

With that in mind, let’s get back to Denise, as the boring part of the episode is about to end. She gives a magnificent speech to Daryl and Rosita as they take the less-safe road back to the car when she’s struck mid-sentence by an arrow that pierces the back of her skull and exits through the right eye. She manages to continue her speech for a few more seconds before reality kicks in and she keels over.

The stand-off between the crossbow-wielding Dwight against Daryl and Rosita is soon resolved. In a daring move, Eugene sets up a chain of events that lets them get away. While he’s tied up and kneeling on the ground, Eugene decides to lunge at Dwight’s crotch in an attempt to bite off his genitals. Yes, you read that correctly.

If that wasn’t crazy enough, Carol decides to leave Alexandria for good. She doesn’t want to have to kill anyone anymore, something that was pretty clear in the last few episodes.

And Morgan? Well, he built a prison inside Alexandria so next time he captures members of rival gangs, he can hold them in a more secure location. The episode ends with a focus on Morgan, suggesting next week’s episode will show us a lot more about this character.