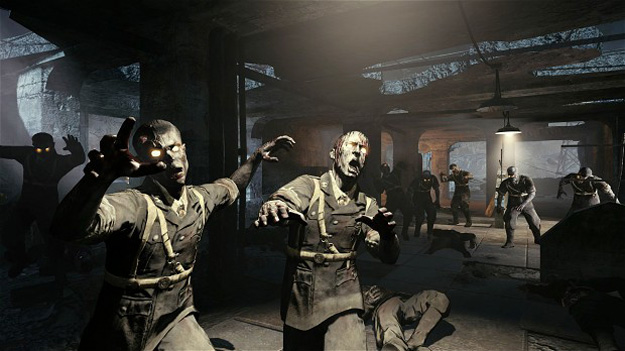 When the team at San Jose-based marketing firm Zooka Creative got their hands on an HTC Vive virtual reality headset, the staffers there were no doubt excited to check out the future of VR. As anyone who has ever tried the Vive will attest to, the VR experience it offers is incredible — take a look at our 24-hour Vive review if you haven’t already seen it.

But VR is intense and sometimes it can get way too real, as illustrated by the hilarious freak-out you’re about to watch.

If you haven’t heard of The Brookhaven Experiment before, you won’t soon forget it. Created by independent Chicago-based game developers Steve Bowler and Jeremy Chapman, it’s an all-too-realistic survival game built for the HTC Vive.

From the game’s description: “Players will have to use the weapons and tools provided to survive ever more terrifying waves of horrific monsters in an attempt to figure out what caused the beginning of the end of the world, and, if they’re strong enough, stop it from happening. Keep your head on a swivel, upgrade your equipment, shoot, and if all else fails pistol whip your way through the monster hoards to survive one more day.”

It sounds like a pretty basic zombie survival game on paper, and the trailer isn’t anything too out of the ordinary:

Of course, watching a 2D trailer and being immersed in the game courtesy of virtual reality are two very different things. Just ask Carrie Glazer, a graphic designer at Zooka Creative, who tried Brookhaven on Thursday and completely freaked out as virtual zombies devoured her.

Unfortunately for her but very fortunately for us, the entire ordeal was filmed by her colleague Reid Vizcarra and subsequently posted on Twitter by Madeleine Sweet, a senior copywriter at Zooka Creative.

Updated to include names of Zooka Creative employees.