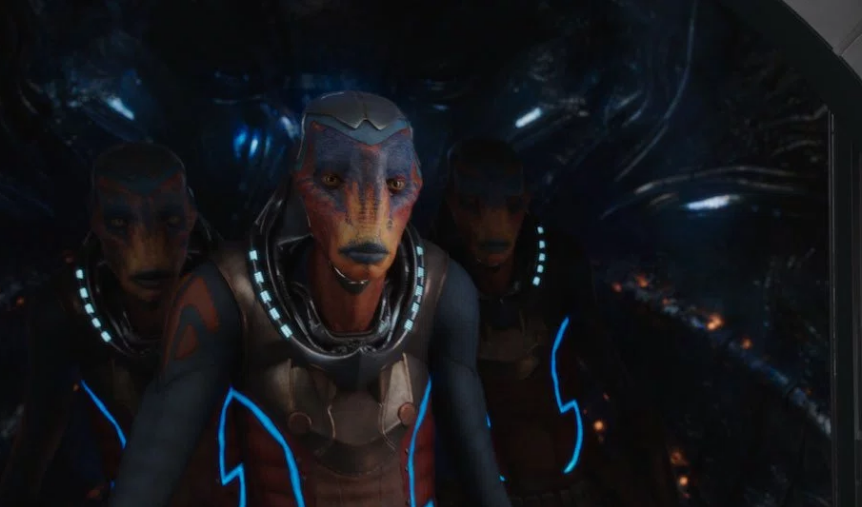 Valerian and the City of a Thousand Planets could be the most exciting sci-fi adventure film in years. Directed by Luc Besson (The Fifth Element, Lucy), Valerian is based on a French graphic novel that started in 1967. On Thursday, the EuropaCorp film studio released the first full-length teaser for the movie.

Valerian might not have been on your watchlist before today, but with all its spectacle and imagination, I bet it will be before you even finish watching the trailer:

Valerian (Dane DeHaan) and Laureline (Cara Delevingne) are special operatives for the government of the human territories charged with maintaining order throughout the universe.

Under directive from their Commander (Clive Owen), Valerian and Laureline embark on a mission to the breathtaking intergalactic city of Alpha, an ever-expanding metropolis comprised of thousands of different species from all four corners of the universe. Alpha’s seventeen million inhabitants have converged over time- uniting their talents, technology and resources for the betterment of all. Unfortunately, not everyone on Alpha shares in these same objectives; in fact, unseen forces are at work, placing our race in great danger.

Valerian and the City of a Thousand Planets hits theaters on July 21st, 2017.