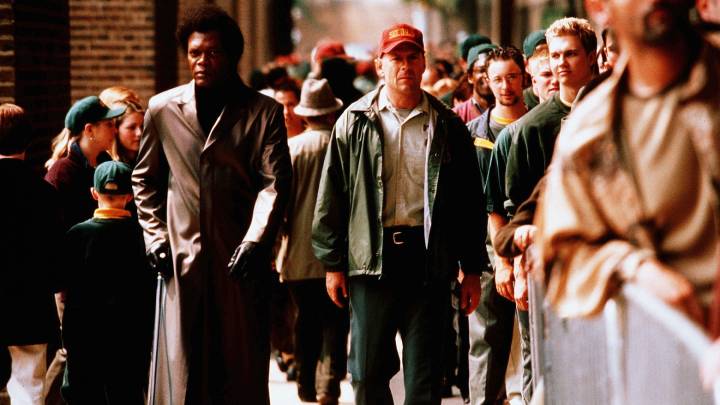 Nearly 20 years after Unbreakable took the world by storm and helped solidify M. Night Shyamalan’s place in movie history, the contentious director is finally going to put a bow on his superhero saga.

This week, Shyamalan took to Twitter to reveal that not only had he finished the script, but that both Bruce Willis (David Dunn) and Samuel L. Jackson (Elijah Price) will return for a sequel to Unbreakable titled Glass on January 18th, 2019. Anya Taylor Joy (Casey Cook) and James McAvoy (Kevin) from Split will also play a role in Glass, bridging the gap between the two previous movies.

[Spoilers for Split to follow, so if you still haven’t seen it yet, maybe go watch it before reading on.]

My new film is the sequel to #Unbreakable AND #Split. It was always my dream to have both films collide in this third film.

According to Variety, Glass will follow David Dunn as he clashes with Kevin Wendell Crumb (who eventually becomes The Beast) in “a series of escalating encounters, while the shadowy presence of Price emerges as an orchestrator who holds secrets critical to both men.” Based on this description, it appears that Elijah Price/Mr. Glass had something to do with the creation of The Beast in Split.

Ever since Bruce Willis appeared as David Dunn in the credits sequence of Split, fans of Unbreakable have been desperate to find out whether or not this was just a brilliant tease or a genuine set-up for a third movie. They now have their answer, as Shyamalan has teamed up with Jason Blum and Universal Pictures to bring Glass to life and to put an end to a trilogy that started way back in 2000.