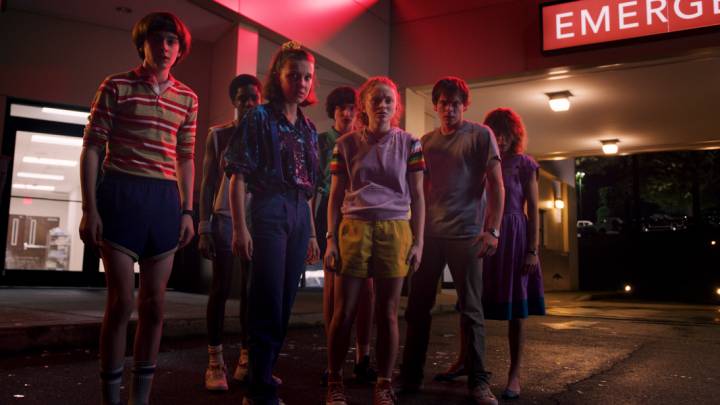 The third season of Stranger Things has been out for almost a month now, and the Internet is still fawning over the kids from Hawkins, Indiana, and the new adventures they get into this time around as well as all the nostalgic 80s references the Duffer brothers packed into the new season.

We’ll spare you all from spoilers if you’re still getting caught up — because the fact of the matter is that many of you still seem to be doing exactly that. Never mind all the poring over clues, Easter Eggs and all the rest that’s being done by fans who got finished watching weeks ago. By one reckoning, Stranger Things still remains the most-watched show on Netflix at the moment, which suggests tons of you are still catching up.

That’s according to data from Reelgood, a streaming search engine that compiled a list of the top 10 most-watched shows on Netflix this week according to Reelgood users.

For those of you not aware, Reelgood bills itself as “the most extensive guide to streaming in the US,” a service that lets you browse through every TV series and movie and sort by tons of different factors. Things like title, release year, genre, IMDb rating and where the content can be streamed — and then you can just hit play to start watching.

Wired has called it “the easiest, most powerful universal search engine for all streaming services.” Having said all that, it should also then come as no surprise that the service has tons of data on preferences and what users are watching the most.

Without further ado, here’s a look the service’s list of the 10 most-watched shows on Netflix this week, topped, as we said, by Stranger Things:

Number 2 is Money Heist, a super-bingeable Spanish-language series focused on eight thieves who work for a criminal mastermind, take hostages and lock themselves inside the Royal Mint of Spain (season 3 just got added to Netflix). As far as the rest goes, it really runs the gamut.

Rounding out this list of the 10 most-watched shows on the streaming giant, we’ve also got: