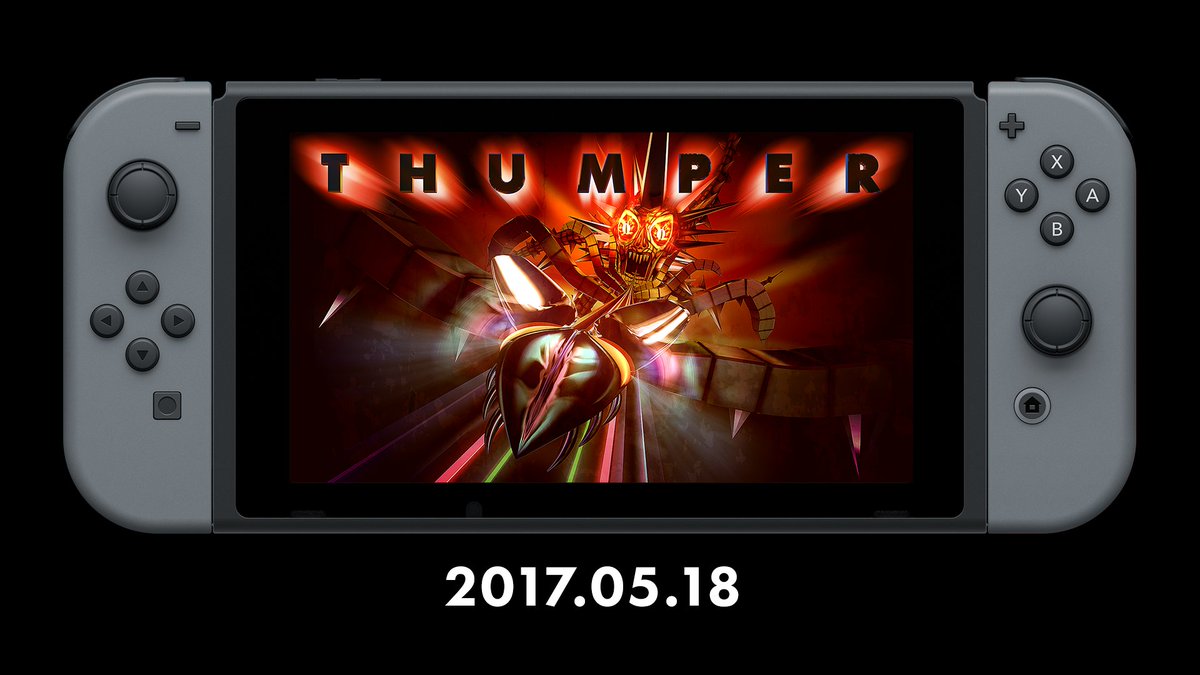 With Mario Kart 8 Deluxe, Puyo Puyo Tetris and TumbleSeed now available on the Nintendo Switch, early adopters have a lot more to do with their hybrid console than they did on launch day. The eShop isn’t quite so barren any more, and Switch owners won’t have wait much longer for another killer addition.

This week, developer Drool revealed that “rhythm violence” game Thumper will make its way to Nintendo Switch on May 18th, 2017. It will run at 720p60 in handheld mode, 1080p60 in TV mode and will feature support for the HD Rumble feature in the Nintendo Switch Joy-Con controllers.

Thumper fell just outside of my the top ten games of 2016, but it was one of the most compelling virtual reality games I played when I was reviewing the PlayStation VR. Of course, there won’t be a VR mode on the Switch version, but it’s equally fantastic in normal reality as well.

Nintendo has yet to announce a price for the digital version of Thumper, but we assume it will be the same $19.99 that it currently costs on PC and PS4. Some third-party games have inexplicably cost $10 more on the Switch than on other consoles, but considering Thumper won’t have a physical release, we’re hoping that Nintendo won’t jack up the price on the eShop.

If you’re desperate for another game to play on your Switch now that you’re done with Zelda and want something that will have your heart racing, you can’t go wrong with Thumper.