The Witcher is easily one of the most anticipated original Netflix series of the year, and Netflix is ready to reveal more details about it as we approach its late 2019 launch date.

The show will have a huge presence at the Lucca Comic-Con event in a few days, where Netflix will host panels and release the first official Witcher trailer. Attendees will also get to experience the Continent, a report said, which is where all the action takes place in the Witcher universe. But fans of the series don’t have to wait until then for more Witcher gossip, as the showrunner recently revealed a few juicy details about the show.

This all comes from Italian newspaper Corriere Della Serra, which visited the set of The Witcher back in January and sat down with several key crew members, including showrunner Lauren Schmidt Hissrich, production designer Andrew Laws, and set decorator Naomi Moore.

“I told [Andrzej] Sapkowski that his books will always be there, the video games will always be there for anyone who wants to enjoy them; this is a third adaptation of the story,” Hissrich said. “What fascinates me is taking the characters I loved, and the stories I loved and generate a new ‘connective tissue,’ as we and the writers like to call it.”

Hissrich also explained that the way the story is constructed is meant to surprise fans who may be familiar with both the books and the video games.

“One of the extraordinary aspects of the stories is that they deepen the characters, but their origin is in the past and is often not narrated directly; it seemed like a great opportunity for storytelling,” she said. “In this sense, I would say that the series will also add something to the books by offering origin stories from an unexpected point of view.”

The series isn’t just targeting diehard fans and should appeal to a much broader audience, the interview reveals. Concepts like the actual witcher, which might not be known to anyone who’s not familiar with Sapkowski’s books or the popular game series, will be adequately explained.

“It’s not a given that everyone is familiar with the concept of witcher; we will talk to many people who have no idea what the single word means, divided as it is between the hunter and the magician. But the point was just that, finding stories that showed what it all means. We don’t want to talk about, we want to show it,” Hissrich said.

At the same time, Netflix wants us to know that it strived to meet the expectations of those who are already trained in the Witcher ways, while still being able to surprise them.

“We intend to honor the expectations, to bring those who already know the story into a familiar environment but at the same time to surprise, to generate unpredictability while remaining within the medieval-like boundaries of what exists in the original material,” production designer Andrew Laws said. “I’m talking about a story that does not reflect The story but looks like The story. We do not want to exclude those who have not read the novels, nor do we want the Continent to resemble what has already been seen in other productions.” 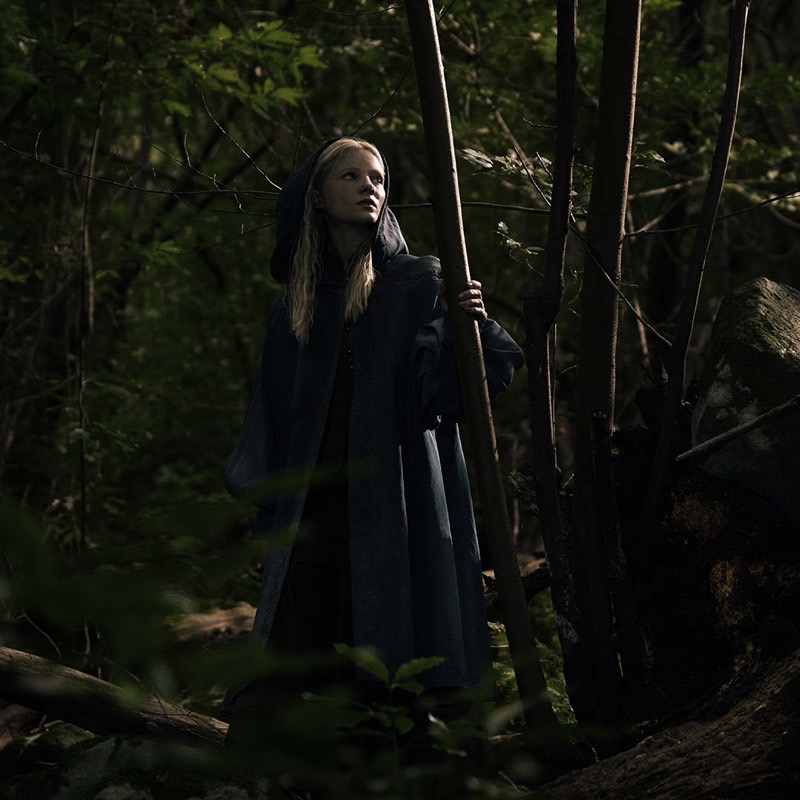 The Continent and the monsters

When it comes to the world of The Witcher, Corierre says that we shouldn’t expect an excess of CGI, as may be the case for other films and TV series of the same genre. There will be a lot of materiality in the show, and he says that he’s “very keen to stress that no one is in a green room talking to a ball.”

Similarly, the monsters will not be just special effects. “We have tried hard to restore materiality to creatures because they are a vibrant part of the story,” Laws said.

Separately, set decorator Naomi Moore explained that all the regions featured in the series will have a specific inspiration. Cintra consists of art nouveau settings, while Aretuza will mostly be gothic with Indian influences. Blaviken will have a Scandinavian theme, with Vizima taking inspiration from Asia.

If there’s one thing we all expect from any Game of Thrones alternative, it’s lots of action, violence, and other adult content. And Hissrich confirmed the show is “very brutal, but it’s never gratuitous.”

The showrunner said they didn’t shy away from the adult themes the original story proposes. “The novels contemplate sexism, racism, and war with plenty of politics,” she added, advising parents that five-year-olds shouldn’t watch it.

The one thing you aren’t going to get is story spoilers. The extensive article, available at this link, does mention a hilarious anecdote about Henry Cavill, who plays the Witcher, a role he desperately wanted. Apparently, he stays in character talking just like Geralt even in between takes, and to the delight of those who witness it.