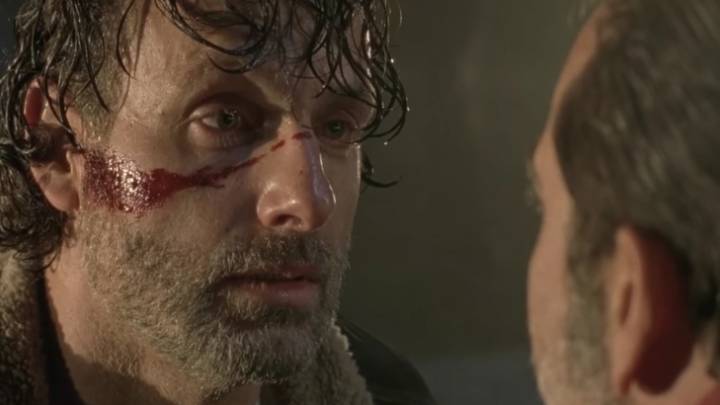 That’s it, folks, The Walking Dead mid-season finale aired on Sunday, which means we’re not going to see Rick and Co. again for a few months. The show returns in February though, and we’re in for a lot of action, considering what AMC showed us so far in the first trailer for the second half of season 7, and in a new sneak peek video preview. But do not move past this point if you haven’t seen episode 8 yet, as spoilers follow below.

It’s finally happening: Rick is going to try to convince the folks at The Hilltop and The Kingdom to unite forces and go to war against Negan’s Saviors. As we have seen in last night’s mid-season finale, Rick is — finally — ready to fight, and everyone else magically realized they need to get their act together and start playing as a team.

It helps that Maggie is already at The Hilltop, and Carol and Morgan are semi-residents of The Kingdom.

There’s an even more interesting tidbit than this call for action, and it isn’t included in the trailer. AMC released a sneak peek clip that shows us someone spying in the darkness. We can’t quite make out who he or she is, but the person is wearing the same boots we saw in episode 8. Good or bad, this might be the character who’s been stashing all those resources on that boat.

For some, February can’t come soon enough. Others, yours truly included, welcome this break.

Check out the first trailer and teaser for the second half of season 7 below.