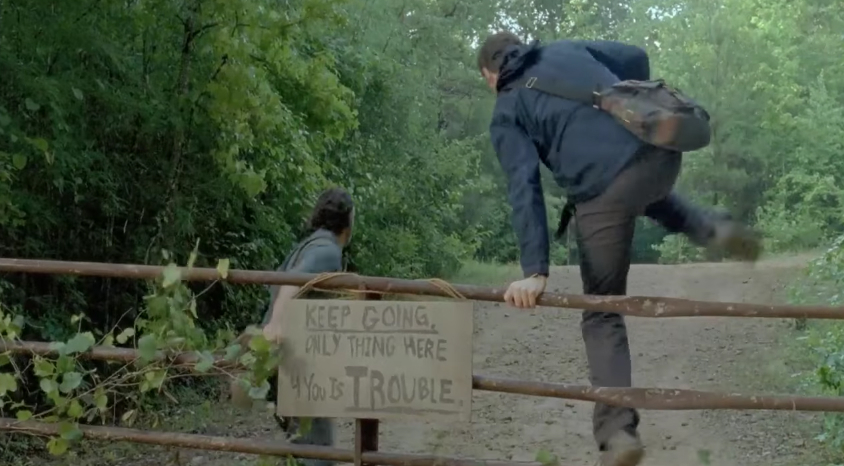 Now that The Walking Dead episode 5 is past us, we might as well take a sneak peek at next week’s installment. As expected, AMC has posted both a new trailer for episode 706 — titled Swear — and a short clip that gives us an extra sneak peek. If you’re still behind on this season of the show, then you might be better off avoiding the following videos because there are some spoilers.

We’re back to the usual grind, which means we get to see lots of mundane things happening in these episodes while waiting for the juicier parts — and this isn’t necessarily a great recipe for success, so let’s just hope that AMC will find ways to keep us entertained.

Next week, we’re going to discover a new colony, one we’ve never seen before. “A familiar face stumbles upon a brand new society. Their rules, location, and setup, are unlike anything that has been seen before,” the official synopsis reads. The new episode will show us Negan’s camp, which is probably the new society the synopsis teases. But it’ll also feature scenes from The Kingdom. Tara is back as well, and she’s apparently off to hunt with Heath, one of the Alexandria survivors who has finally realized what kind of world he’s living in.

Meanwhile, Rosita is working on something, and Rick and Aaron are away on some sort of mission — are they acting on possible intel received from Daryl? Check out AMC’s clips for next week’s episode below.