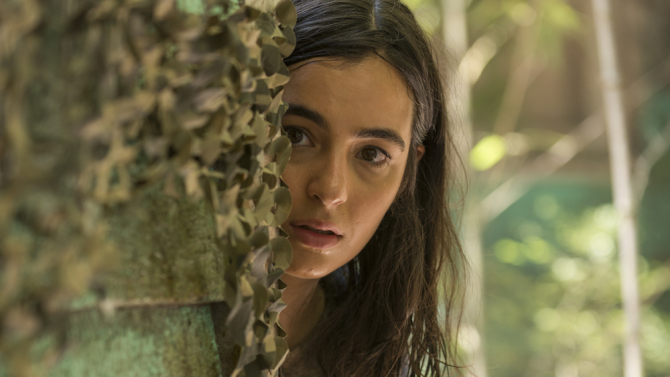 If there’s one Walking Dead character I wouldn’t have expected to get an entire episode for herself, it’s Tara. Don’t get me wrong, I think she’s part of the core group of people who reside in Alexandria, and who we care the most about in this series. But she just got upgraded to a whole new level, and Sunday’s episode was much better than what we saw in episodes four and five. Warning: Spoilers follow below.

Let me start things off by saying that I completely understand why ratings are falling. AMC’s way of telling this story is pretty boring at this point. And it’s purely AMC’s fault. The showrunners came up with that annoying cliffhanger at the end of season 6, which only built up expectations for season 7’s premiere. Yes, that episode was crazy — but that’s not necessarily a good thing, because things went straight downhill from there.

After meeting King Ezekiel and seeing Daryl getting tortured, we got a couple of boring episodes that we could have done without. AMC is building up the mid-season finale, due soon, but not much has happened so far.

What’s also surprising about last night’s episode is that it did not feature any of the other characters that we saw in the trailer for episode 6. Swear is about Tara and Heath going out on their mission to discover new civilizations. To boldly go where no Alexandrian has gone before. But it’s mostly about Tara.

Poor Tara has no idea her girlfriend died, or that Glenn and Abraham have been brutally killed by the new leader of the land. Heath is broken: he just realized that they’re all living in a kill-or-be-killed world. Killing Negan’s satellite outpost was too much for him.

Searching for survivor and provisions, the two get separated amid a very cool walker fight. Tara unleashes hell as she pulls out a bunch of sand-covered walkers that were in a dormant state. And those sandy walkers look amazing.

From then on, it’s Tara all the way. She does discover a new settlement. It’s a place that’s not protected by fences. A place where only women live. A place where the inhabitants shoot on sight, walker or human, to ensure they get to live another day.

However, they didn’t shoot Tara, at least not immediately, and she ultimately got away knowing that there’s a group who has enough weapons and enough hatred to fight Negan — it turns out that Negan killed all the men in that community at some point in the past. But she swore she wouldn’t tell anyone about this unusual tribe of women.

Either way, Tara might turn out to be a great character, we’ll just have to wait and see what comes next.

Episode 6 might be better than the previous two, but we do get glimpses of stupidity in this episode as well, and I have some examples.

First of all, the women do not shot and kill Tara. They shot at her, but let her live. After all they had experienced in the recent past. After Tara admits she lied (that she worked on a boat). After she admits she and her group did things that sound similar to what Negan would do. They let her live. Not to mention that they left their original camp to avoid Negan, but they’re still within reach. Why didn’t the go somewhere farther?

Finally, back in Alexandria, someone is finally manning the wall. You know, like any community should, especially when there’s a new threat in town. Why didn’t they do that in episode 4? Just so Negan can show up unexpected? This is just one example of the bad writing that has plagued season 7 so far, and I really hope things pick up after the upcoming break.