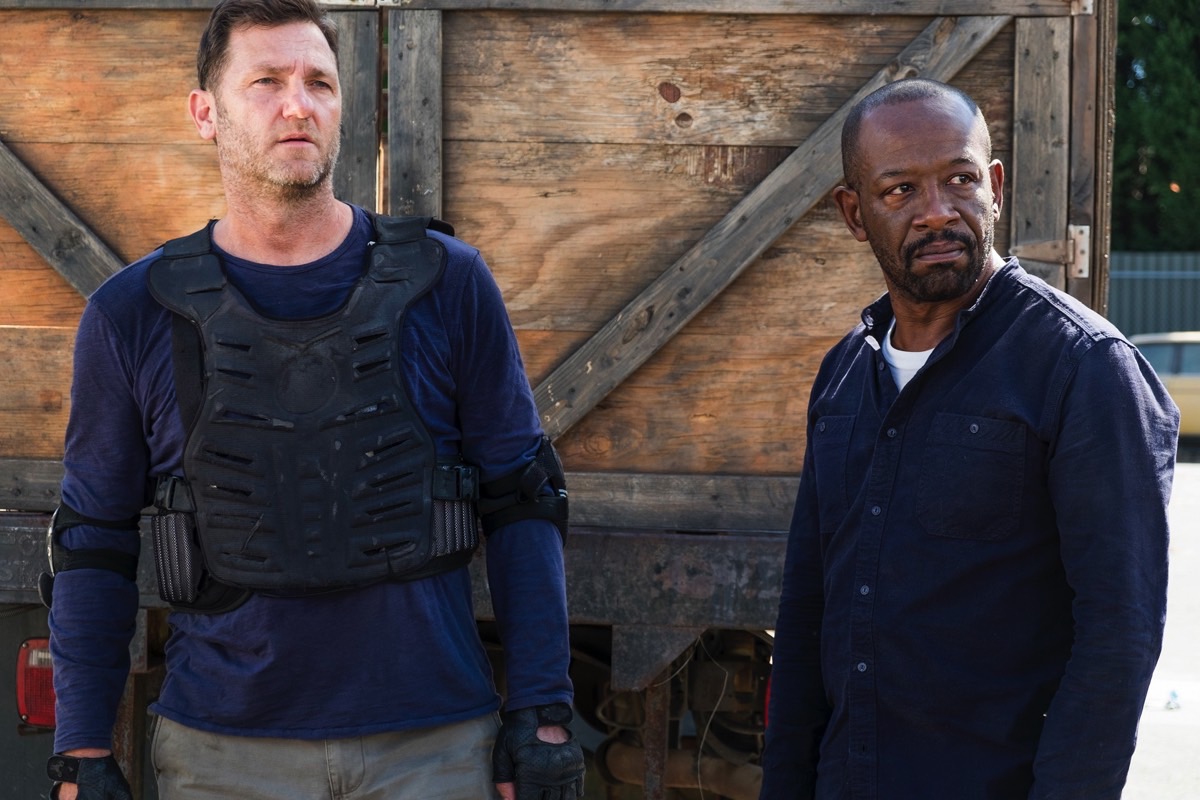 I said it before, and I’ll say it again: the second half of The Walking Dead season 7 is a looking a lot better than the first half, and last night’s episode might be the best one yet. After missing episodes 11 and 12, I had a chance to watch them a day before Bury Me Here aired on Sunday night. And I found myself being excited again about what’s coming next. I’m glad that episode 13 finally brought back Morgan and Carol, for better or worse. But before I dig into it, be warned that spoilers will follow.

Morgan and Carol are the kind of characters Rick and Co. need in their fight with the Saviors. Carol is probably one of the strongest people you can have on your side, a woman who knows exactly what it takes to survive in this world. She might not be too keen on killing people anymore, but she does understand what needs to be done.

Morgan is very similar in that regard, but he’s got just a hint of crazy that makes him an unpredictable ally. He’s also back in action in episode 13. And while we can only be glad to see Carol ready for the fight ahead, it’s unclear what Morgan will do, and we might end up missing his clear mind. He’s the one who has been looking to keep everyone safe and out of harm’s way without actually killing opposing groups or oppressors.

The entire episode is about Morgan and Carol realizing — each in their own way — that the Saviors need to be dealt with.

Carol wakes up after a nightmare determined to find out what happened in Alexandria. She visits the Kingdom, but Morgan refuses to share with her what happened to Glenn, Abraham, and all the others.

What follows in the episode convinces Morgan not only to kill again and dive back into the insanity that ruled his life soon after his son died, but also to finally tell Carol what Negan and the Saviors did. That’s enough to convince her she needs to fight. Carol moves back to the Kingdom, seemingly ready to reprise her role in the community. By the end of the episode, Morgan ends up leaving the Kingdom, trading places with Carol.

Morgan is forced to relieve a personal tragedy. A child dies before his eyes after a Savior shoots him in the leg and the bullet severs an artery. It happens during a tribute run when the Saviors discover that King Ezekiel and his crew are one melon short.

Morgan goes mad after witnessing the kid’s death, as it reminds him of the death of his own son. That’s how he discovers the entire conflict had been set up by Richard, one of Ezekiel’s most trusted men, who’s been looking to fight the Saviors for some time now.

Richard’s plan took an unexpected turn, however. The unpredictable Saviors did not kill him, as he had hoped, fatally shooting Benjamin instead.

Morgan, in his madness, is the one who discovers the plot and confronts a remorseful Richard. The Kingdom soldier explains he only wanted to force a war with the Saviors, as that’s the only solution to fix their problems. He also says that he’ll tell the others what he did to Ezekiel, but fails to do so before their second meeting with the Saviors — they still need to deliver the missing melon.

I do have to say that the entire melon exchange is a little silly from one simple point of view. Why meet over 12 measly melons? Why risk human lives for that? Wouldn’t it be easier for the Saviors to only show up for bigger offerings? Then again, the more items in the truck, the harder it is to spot a missing cantaloupe.

This is where we witness an absolutely fascinating climatic scene. The Saviors leader is affected by the news that Benjamin died, proving that Negan’s men aren’t necessarily evil. Not all of them. They just do what needs to be done to survive. And while we expect violence and cruelty from Saviors, it’s not always going to happen that way.

It’s actually Morgan who delivers the most atrocious moment during the second meeting. After finding out that Richard had not come clean about his plot to start a war, Morgan kills him in front of everyone. Saviors and Kingdommers alike fail to stop him, and everyone is horrified at first of what’s going on before their eyes. Morgan actually strangles Richard in a manner that will remind you of Negan’s wild temper, and all witnesses seem to be in shock.

Morgan kills a human being, breaking his own vows, only to prove to the Saviors that the Kingdom is ready to make the compromises and do what needs to be done, so the two communities continue to live in peace. By killing Richard, he uses exactly the same ruse Richard imagined for this scenario. It’s abundantly clear, however, that he won’t stop killing anytime soon. We might see him “clear” people soon enough, whether they’re alive or dead.

The Saviors might be convinced the Kingdom wants peace, but by the end of the episode, Ezekiel is equally convinced that war is the only option. War has to wait though, because not everybody is ready for it just yet.

With three episodes left in the series, Rick’s plan to finally fight Negan is slowly coming together. Morgan and Carol were probably the missing pieces of the puzzle.

All in all, episode 13 was a great episode. We got our fair share of over-the-top zombie-killing moments, most of them at the hand of Carol. But most importantly, we got our fair share of deep human conflict that’s detrimental to this type of post-apocalyptic story. Morgan and Richard have further blurred the lines between “good” and “evil.” That’s something to remember as these “good” communities are prepared to go to war against the ultimate “evil,” Negan.