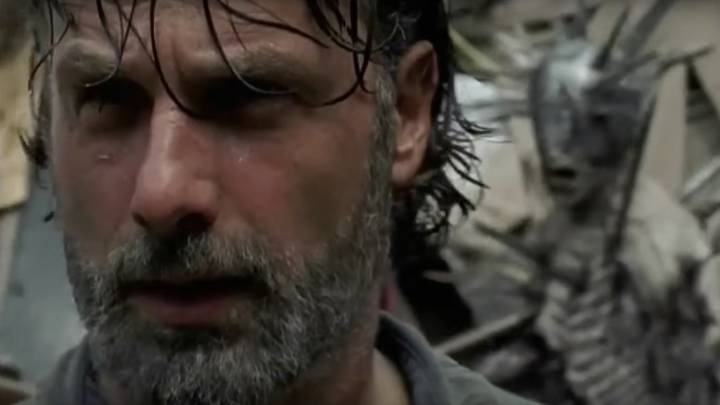 AMC’s hit zombies series is finally back, and the mid-season premiere of The Walking Dead was quite exciting. The first half of season 7 wasn’t that great, but it looks like the show is about to get better — at least considering how promising Sunday’s episode was. Without spoiling episode 9, we can tell you that AMC delivered what we expected. The people of Alexandria are looking to form the alliances they need to get the fight against Negan started, just as the trailers revealed in the past few weeks.

Speaking of trailers, a clip of episode 10 is already available and you can watch it below, assuming you’ve already seen the mid-season premiere (if not, consider this your last spoiler warning).

Episode 9 ended with Rick’s big fat smile. His people were surrounded, outgunned, and outnumbered. Yet he kept grinning rather than showing any kind of distress. That’s because the would-be aggressors are unknown. They’re not Saviors, but they have the manpower and the weapons to fuel Rick’s fight against Negan.

“While searching for a missing Alexandrian, Rick and his group encounter a mysterious collective, its inhabitants unlike any they have come across,” reads the synopsis for episode 10, which is titled New Best Friends.

As you can see in the clip, Rick and Co. are about to learn who these new best friends are, and how they can serve the greater good by fighting Negan. And it looks like The Kingdom will also be heavily tested by Negan’s thugs. Oh yes, and check out the scary walker at the end of the clip:

If that’s not enough, then check out AMC’s second teaser for episode 10: