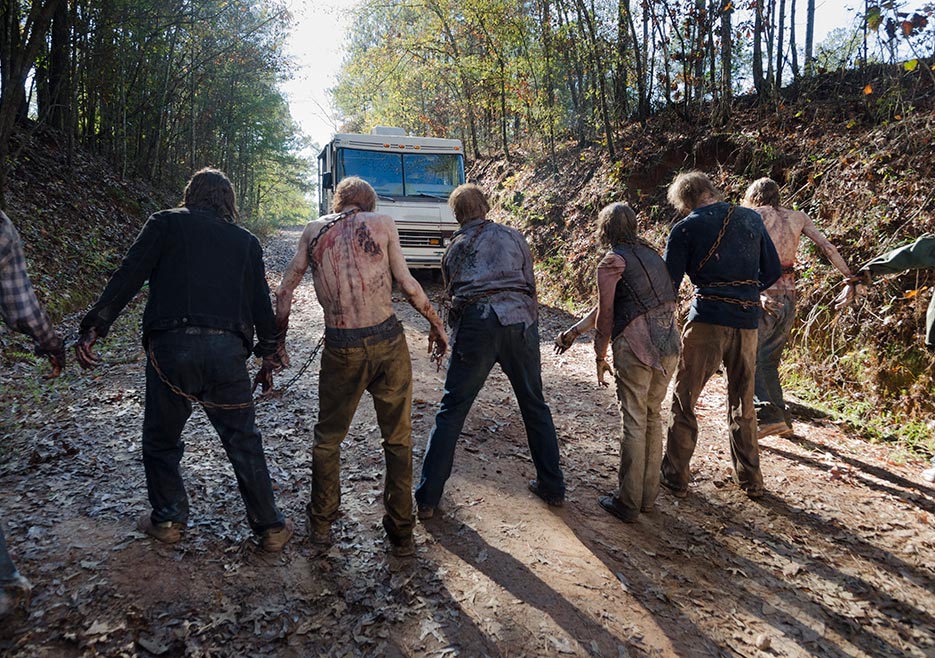 Whether you love The Walking Dead or have a love-hate relationship with it, be thankful that it was picked up by AMC instead of NBC. Speaking at the Edinburgh International Television Festival, executive producer Gale Anne Hurd discussed what could have been if the show had stayed at NBC, where creator Frank Darabont had an overall deal before moving on to other networks.

SEE ALSO: Apple tipped to fix one of the worst things about the Apple Watch

According to Hurd, when Darabont presented the first version of the script to NBC, he was asked: “Do there have to be zombies [in it]?” Presumably, Darabont said, “Of course,” at which point NBC asked if they could turn the show into a standard procedural where the main characters “solve a zombie crime of the week.”

The Walking Dead is not a perfect show. It’s had as many ups and downs as any popular drama of the past decade, going through showrunners faster than Game of Thrones goes through important characters. But whatever the show’s weaknesses, I think we can all agree that the version we got is infinitely more interesting than some trite CSI ripoff that happened to have zombies.

Hurd also discussed the upcoming seventh season, which, as we know, will begin with a revelation regarding who Negan killed in the season 6 finale:

“In this new season Negan is the gamechanger, and whatever we did someone was going to be unhappy… so we promised we will be picking up where that left off; we are not going to draw it out,” Hurd said.

The Walking Dead season 7 debuts on October 23rd on AMC.