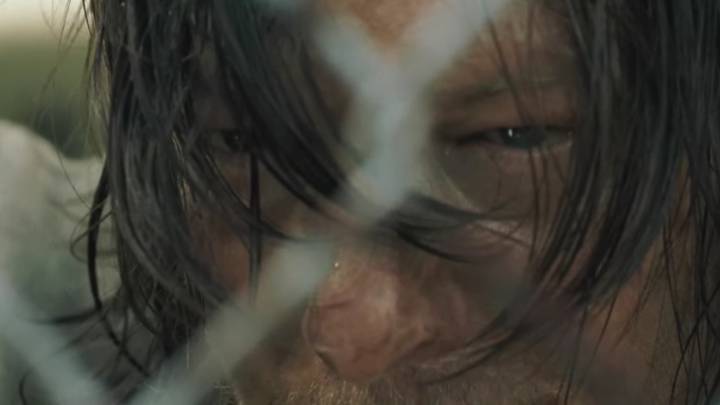 The third episode of The Walking Dead is over, and it’s finally time to digest it. Just as was hinted at in the official trailers, episode 703 is about Daryl and Dwight. It’s about breaking a highly valued prisoner, it’s about the way Negan’s survival machine works, and it’s about Dwight. Beware, spoilers ahead!

We all probably thought Dwight was pure evil when we met him. With a scar like that covering most of his face, first impressions aren’t great — especially if your actions antagonize our favorite characters over and over again. But Dwight was a regular person before the zombie apocalypse, and he might be looking to escape Negan, just like Daryl.

Dwight had a sister and a wife. Now he’s one of Negan’s most dependable servants exactly because of that. Deep down, Dwight seems like a good person trapped in a universe he can’t control. And he can’t fight Negan alone. But he tried to do it in the past, as Negan told us in a great monologue that’s meant to show everyone who’s the boss. Dwight tried to escape and he failed, but Negan didn’t kill him because he needs people.

Episode 703 may be mostly about Daryl’s torture, but it also gives us a glimpse of what it is to be a Survivor. Everyone’s working for Negan. Everybody wants to live another day. Everyone probably despises Negan, but they also need to follow him.

Daryl may be locked in a physical cell for almost the entire duration of the episode, but Dwight isn’t free either. Negan’s got a tight lock on him because he took almost everything from him. There’s hope for Dwight, and it all may come from Daryl. Dwight may be the guy to inspire a mutiny within the ranks at some point in the future. Breaking Dwight might be the key to breaking Negan.

Just as Rick & Co. may need an inside man like Dwight, Dwight might need Daryl’s apparent strength to realize that he can stand up to Negan and that there might be a way to fight the tyrant.

Unlike Game of Thrones where a similar evil mastermind breaks Theon Greyjoy, Daryl is strong. He is not ready to enter the Negan collective. You can starve him, keep him secluded, abuse him physically, and threaten him. But he’s not willing to admit he’s Negan’s property. He’s Daryl. And that might be enough to inspire Dwight and other Survivors to try to survive in a different way.

On the other hand, if there’s one thing that might break Daryl, it’s guilt. That Polaroid picture likely shows the remains of either Glenn or Abraham. It’s probably Glenn, who’s blood is obviously on Daryl’s hands.

Negan, meanwhile, must admire Daryl. He realizes his potential, which is probably why he’s not ready to give up on him. To rule his empire, Negan needs men like Dwight and Daryl by his side. Negan needs strong men and women who will do whatever it takes to keep everyone alive, especially their loved ones.

Too bad the only Survivor who seems to realize this might be Negan’s greatest weakness is a non-essential character who’s only purpose is to show that Dwight has a heart — that, and to serve the zombie wall. Negan’s servants could turn against their master at some point in the future, and Dwight’s torture of Daryl may help in that regard. But we have a lot more ground to cover before that happens.