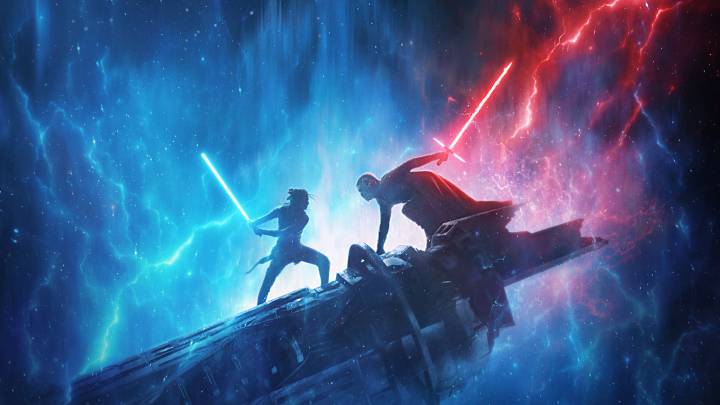 Star Wars: The Rise of Skywalker is out this weekend, and it’s on track to kill at the box office when it comes to ticket sales. No other film launching this weekend has a chance of outperforming Episode IX — especially Cats, considering what reviewers are saying. The Rise of Skywalker isn’t quite getting ripped apart as badly as Cats in reviews, but it’s certainly not the massive success Disney would have wanted. I’ve already told you that, in spite of the amazing fan service we all get, there’s one thing that ruins the film, the trilogy, and maybe event the original Star Wars movies that started it all. We won’t spoil any of the Star Wars action for you right now, but we’ll tell you there’s already a rumor out there saying that this new Star Wars movie might deliver a disturbance in Kathleen Kennedy’s force at Disney.

President of Lucasfilm, Kennedy oversaw all Star Wars projects since Disney purchased the franchise a few years ago, including the new trilogy and the standalone Star Wars spinoff stories. But her future involvement in Star Wars projects and anything else at Disney may be at risk.

We already know that Disney plans to continue making Star Wars content, and the Mandalorian Disney+ TV series is proof of that. We also know that Kevin Feige, the man whose vision made the MCU success possible, will be involved in future Star Wars plans — from Disney in last September:

We are excited about the projects Kathy and the Lucasfilm team are working on, not only in terms of Star Wars but also Indiana Jones and reaching into other parts of the company including Children of Blood and Bone with Emma Watts and Fox. With the close of the Skywalker Saga, Kathy is pursuing a new era in Star Wars storytelling, and knowing what a die-hard fan Kevin is, it made sense for these two extraordinary producers to work on a Star Wars film together

Since then, Disney confirmed that it parted ways with Game of Thrones showrunners, who were supposed to create a new trilogy.

However, Disney is yet to confirm any future Star Wars projects, having put the universe is on a sort of pause well before these developments. Disney’s CEO Bob Iger’s comments to Bloomberg back in April were pretty clear:

We will take a pause, some time, and reset because the Skywalker saga comes to an end with this ninth movie. There will be other Stars Wars movies, but there will be a bit of a hiatus.

Getting back to Kennedy, a report from We Got This Covered says that Disney wants the exec out:

Sources close to WGTC – the same ones who said [SPOILERS] would die in The Rise of Skywalker and that [SPOILERS] would be revealed as a traitor, both of which were true – have told us that Disney wants Kathleen Kennedy gone from Lucasfilm and while it’s not set in stone just yet that she’s on her way out the door, from what we’ve been told, there’s a ‘95% chance’ she won’t be with the company for much longer.

The report notes that Disney is considering hiring another woman as her replacement, at least in part so it’s not accused of mistreating women in power. Again, this is just a rumor for the time being, but it does make sense, considering the fan backlash following The Last Jedi, and especially The Rise of Skywalker, as well as the Solo flop.