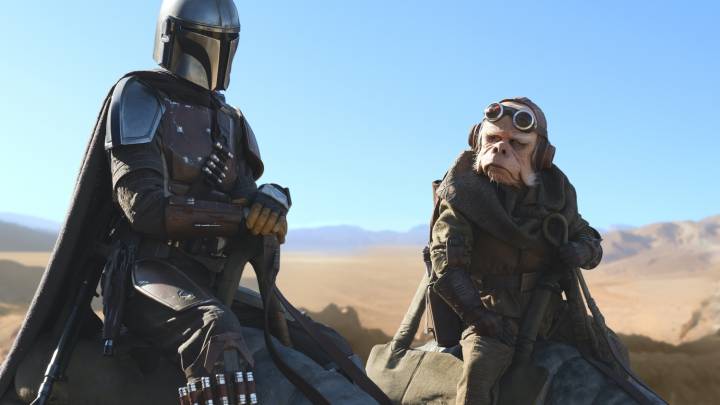 In case you haven’t noticed, it’s Star Wars time again. We’re less than a month away from the Star Wars: The Rise of Skywalker premiere, the final film in the saga. That explains all the Star Wars trailers, commercials, and movie spots you might have noticed online or on TV lately. On top of that, Disney’s The Mandalorian is already a huge hit for its streaming service, a TV series that Star Wars fans can’t stop talking about. Sadly, a deep connection between the new TV series and the last episode in the third Star Wars trilogy seems unlikely at this point, although it would have been incredible to see a certain character from The Mandalorian in the movie. However, fans have already noticed a link between the two, so all hope isn’t entirely lost just yet.

Disney released the following TV spot earlier this week, which is 30 seconds of awesome Star Wars imagery. It’s meant to stir up excitement without revealing any big secrets. It’s not like Disney will give up any plot details from the film just yet, after all.

But in one of those blink-and-you-missed-it moments, fans noticed something unexpected: yellow blaster bolts. Posted on Reddit, the screenshot below is taken from the TV spot and shows the exact moment where a yellow laser bolt can be spotted.

The unusual color might be used by some Mandalorians who are fighting something in the background. Kylo Ren is the protagonist in the scene, so whatever he’s doing must be more important for the plot. But that yellow blaster bolt doesn’t come from any of the weapons used by Empire or Republic armed forces. Instead, it must be something else.

The connection with The Mandalorian might be there, although it could be just wishful thinking given all that excitement around baby Yoda. We shouldn’t get our hopes up though, because it might not go any deeper than that. Yes, having Mandalorians present in this new conflict between the dark and the light sides of the force might be important — maybe more important for the TV show than Episode IX — but that’s about it.

As a reminder, The Mandalorian takes place five years after Return of the Jedi and some 25 years before The Force Awakens.