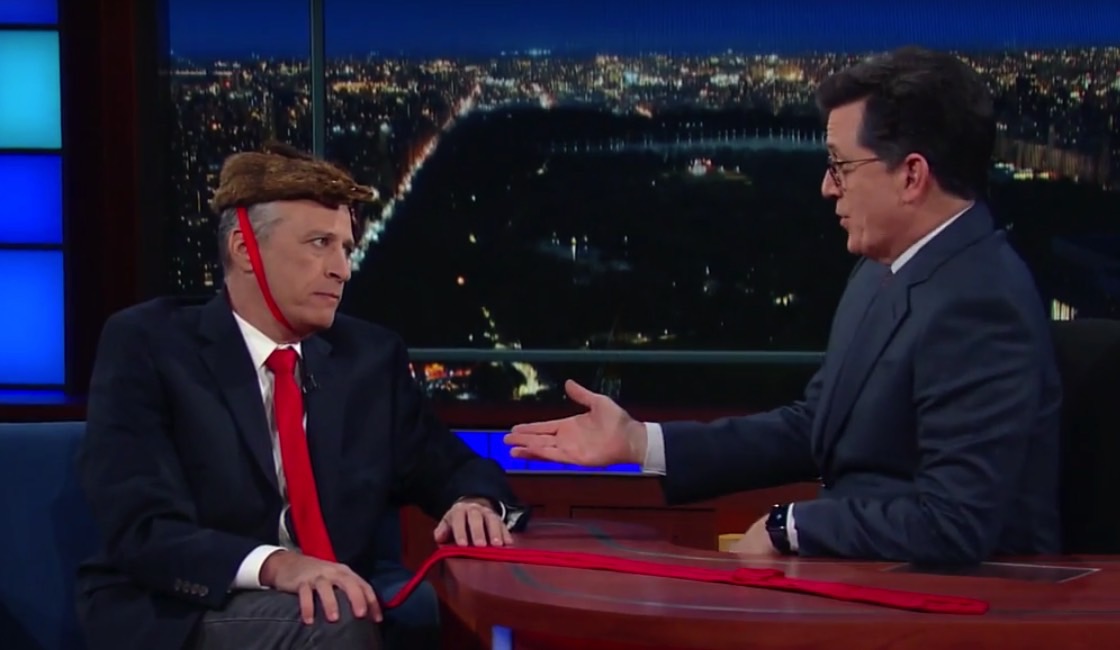 Seeing Jon Stewart on The Late Show isn’t really a surprise anymore. And Trevor Noah does a great job replacing him over at The Daily Show. But if you miss the old Daily Show gang then you should be happy to hear that Stephen Colbert will host former Daily Show stars on May 9th.

In addition to Stewart, Colbert will have Samantha Bee, John Oliver, Ed Helms and Rob Corddry as guess, Variety reports.

Bee, Oliver, Helms, Corddry, and Colbert all served as special correspondents on The Daily Show under Stewart, so it’ll be great to see them all under the same roof, at the same time.

Since those old glory days, each of them went on to develop their own projects. Colbert inherited The Late Show from David Letterman. Oliver has a great gig over at HBO — Last Week Tonight. Conversely, Stewart is also working on an HBO show as we speak. Bee hosts TBS’ Full Frontal, while Helms and Corddry found glory in TV series and movies.

The May 9th show should further help with that, after all, you get to see the best of The Daily Show reunited. Too bad Trevor Noah can’t be included in this particular list of Daily Show alumni right now.