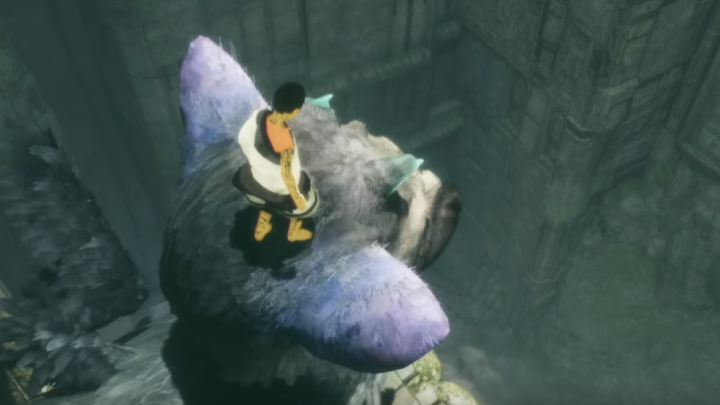 The Last Guardian has been almost a decade in the making, with countless delays, disappearances, and finally a resurrection that brought us to a late 2016 release date. The game is set to arrive on December 6th, which is just next week, but you can watch a solid nine minutes of it right here.

Thanks to PlayStation Japan, The Last Guardian‘s opening cinematic and bits and pieces of its background story are now available to enjoy — if you can read Japanese, that is. But even if you can’t understand the on-screen text, you can still watch the action unfold and get a really good sense of where the game is headed and how it looks on the PlayStation 4.

MUST SEE: ‘No Man’s Sky’ Foundation Update: Base building, new modes and more

The clip is called “The flesh-eating eagle of Trico,” which you’d have to imagine refers to the creature itself. In the clip we’re treated to a look at the world, environmental movement mechanics, and some brief puzzle solving, all of which fit with the game’s well-documented lineage.

The Last Guardian has been in development since 2007, when it was teased and finally confirmed as a title in the works for the PlayStation 3, which at that point was just getting its legs under it. Unfortunately, delay after delay plagued the title, and at one point it seemed we’d never see the game after all.

Then, against steep odds, Sony brought the game back from the dead and announced at E3 2015 that the title was indeed still coming, and that it would be released for the PlayStation 4. It received a “2016” release window, which was eventually narrowed to October 25th, only to be once again delayed, this time to December 6th. Now, with just days left to go, it seems The Last Guardian will finally see the light of day.