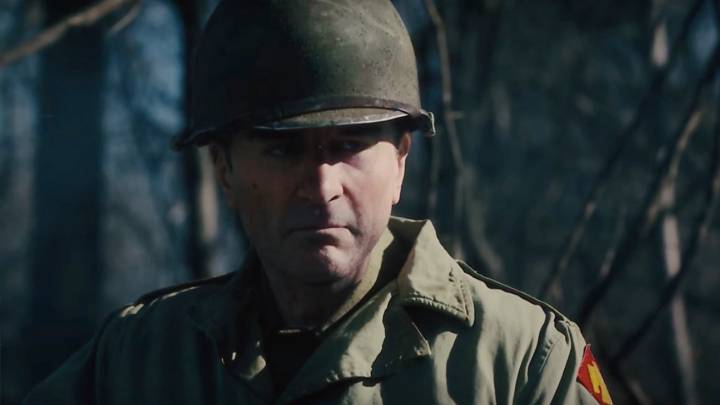 I’ve been waiting for The Irishman for a few years, and the mobster movie based on real-life events is almost here. The film will hit theaters on November 1st, some three weeks before its streaming debut on Netflix on November 27th. The movie tells the story of Frank Sheeran, a hitman for the mob who supposedly killed Jimmy Hoffa and confessed to it on his deathbed.

Robert De Niro, who has been attached to the project for years, will play Frank in the movie — from his 20s, when Sheeran was deployed in Europe during the World War II, through all the events in Frank’s life that followed after the war. Thanks to de-aging technology, De Niro was able to act in all of those scenes, and we’re going to see a young version of the actor again when the movie premieres this fall, as you can see in the image above.

De Niro spoke about the technology that makes all of this possible during a segment on The Tonight Show, saying that he wore dots on his face so cameras could capture his movements and facial expressions:

Without getting too technical, De Niro said the technology uses lots and lots of cameras, joking that his career will be extended by decades. We’ll see Sheeran in his 20s, 40s, 60s, and 80s on screen, as this story spans over several decades. But De Niro isn’t the only actor being de-aged for the film.

Not only is the story exciting, but The Irishman has an amazing cast. Joining Robert De Niro are Al Pacino, Anna Paquin, Joe Pesci, Jesse Plemons, Harvey Keitel, and Ray Romano — all of them playing real people that influenced Sheeran’s life. For example, Pacino plays Jimmy Hoffa in the movie. Also important is that The Irishman is a Martin Scorsese movie, which is one more reason to be excited about it.