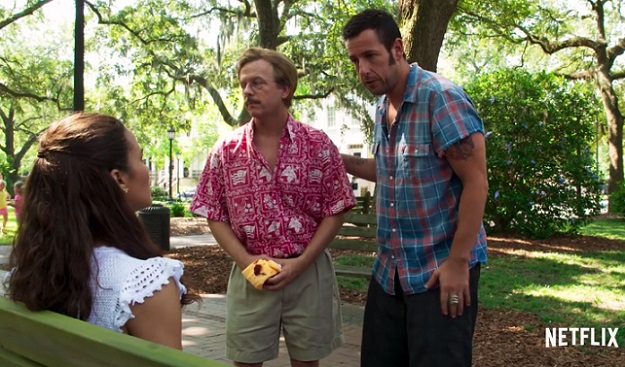 For a short period of time, Adam Sandler seemed destined for greatness. Thanks to his work on Saturday Night Live and iconic roles in films like Happy Gilmore and Billy Madison, he was on the verge of becoming the biggest name in comedy (hard though that is to believe).

But as the early 2000s began, Sandler’s films experienced a staggering drop-off in quality. Somehow, the man who gave us gems like The Wedding Singer was soon bringing us abominations like Jack and Jill and That’s My Boy. In fact, Sandler for a while almost seemed as if he were trying to amass as many Razzies as he could in as short amount of time as possible.

These days, Adam Sandler makes movies for Netflix exclusively and, we gotta admit, the trailer for his upcoming film The Do-Over doesn’t look half-bad. Starring Sandler and fellow Saturday Night Live alum David Spade, the film centers on Sandler and Spade’s characters faking their own deaths to escape their boring and monotonous lives. But, plot twist! — the fake identities they assume soon get them into big trouble with guys who know their way around a pistol.

The film isn’t going to win any awards, but the rare occasion when Sandler can deliver a trailer that doesn’t look horrid is certainly worth drawing attention to. The trailer can be seen below and the film itself will debut on Netflix on May 27.