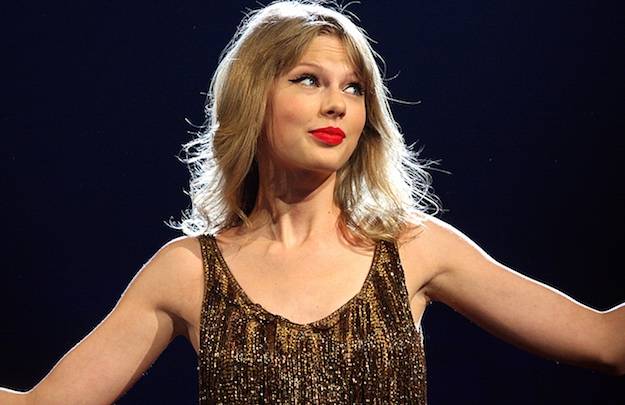 As Apple continues to try and position Apple Music as a viable alternative to Spotify, the company remains committed to providing both audio and video exclusives from some of music’s biggest stars. Most recently, Taylor Swift announced on Sunday that concert film from her monumental 1989 world tour will be dropping on December 20, exclusively via Apple Music.

DON’T MISS: What NFL stadiums of the future are going to look like

This of course isn’t the first time we’ve seen a high-profile video released as an Apple Music exclusive. Just two months ago, Drake’s video for Hotline Bling hit Apple Music first before ultimately making its way to YouTube and other video sites.

Clearly, Swift and Apple remain on good terms following their little brouhaha this past summer. Swift, if you recall, blasted Apple in an open letter this past June after learning that artists wouldn’t be paid during Apple Music’s three-month trial period. Looking to nip any potential controversy in the bud, Apple’s Eddy Cue quickly took to Twitter to announce that they would, in fact, pay artists during the promotional period.

The larger question, though, is whether or not exclusives will actually help convince Spotify users to sign up for Apple Music. I suppose time will tell, but in the interim, we can at least be thankful that Apple has finally gotten around to fixing many of the usability bugs that plagued the service at launch. While Apple Music still has a lot of growing to do, Spotify’s ongoing dominance in the streaming music market means that Apple doesn’t have all the time in the world to get up to speed.

In any event, the full text of Swift’s 1989 announcement is pasted below:

Beginning Sunday, December 20, The 1989 World Tour LIVE will be available in its entirety exclusively to Apple Music members around the world at apple.com/Taylorswift and can be enjoyed across devices including iPhone, iPad, iPod touch, Mac, PC and Apple TV. Fans who don’t already have an active Apple Music account can visit apple.com/music to sign up for a three month free trial today. Plus, Apple Music is the only place where fans can stream Taylor Swift’s full catalog of albums and songs including the Grammy nominated Album of the Year, 1989.