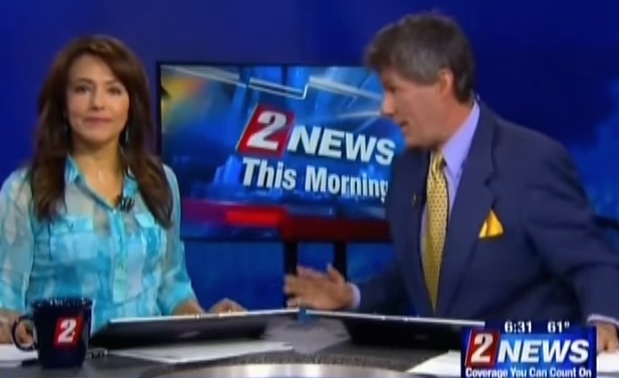 As far as year-end compilations go, you’re not going to find anything funnier than NewsBeFunny‘s collection of hilarious, embarrassing and outrageous news bloopers of 2015. The sheer volume of laugh out loud moments in the YouTube video posted below is simply incredible. From inadvertent double entendres and on-air personal attacks to a weatherman being accosted by a dog during the middle of a broadcast, there’s a lot of good stuff here for everyone.

While the entire clip is worth checking out, it is rather lengthy at 15-minutes long. That being the case, we thought we’d make your life just a little bit easier by highlighting some of the more ridiculous clips worthy of your attention.

And that’s just a brief sampling. The entire clip, though, is chock-full of embarrassing and hilarious moments and is well worth checking out in its entirety.