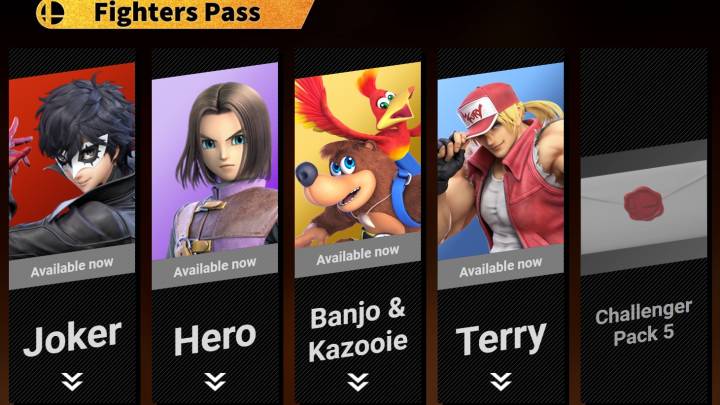 It’s been well over a year since Super Smash Bros. Ultimate initially launched on Nintendo Switch, but the team has continued to roll out new characters every few months as part of its paid Fighters Pass. We’ve already seen Persona 5’s Joker, Dragon Quest’s Hero, the stars of Banjo & Kazooie, and The King of Fighters’ Terry added to the fray. One more fighter remains before the first pass is complete. Today, that fighter will finally be unveiled.

At 6 AM PT / 9 AM ET, Smash Bros. series director Masahiro Sakurai will host a live stream in which we will meet the fifth and final fighter of the first Fighters Pass. The stream will last for 35 minutes, which means that once the fighter has been announced, we’ll get to see them in action battling against other fighters.

The fifth fighter has yet to leak, unlike some of the previous DLC fighters, but rumors have been flying around for many months about who might be joining the fight this time around. Could it be Crash Bandicoot, as Activision does whatever it can to push the Crash Team Racing remake? Or might Master Chief be ready to take down Mario, Sonic, and Mega Man? Other rumored additions include Dante from Devil May Cry, Ryu Hayabusa from Ninja Gaiden, and, of course, Waluigi. Whoever it is, we’ll find out when the stream below begins:

No matter which character from the wide world of video games is revealed today, just don’t forget that Nintendo has already confirmed that more DLC fighters for Super Smash Bros. Ultimate are currently in development. We still don’t know if there will be a second Fighters Pass or just occasional drops in the months to come, but Sakurai and his team aren’t done with Ultimate quiet yet, and this won’t be the last episode of Mr. Sakurai Presents.