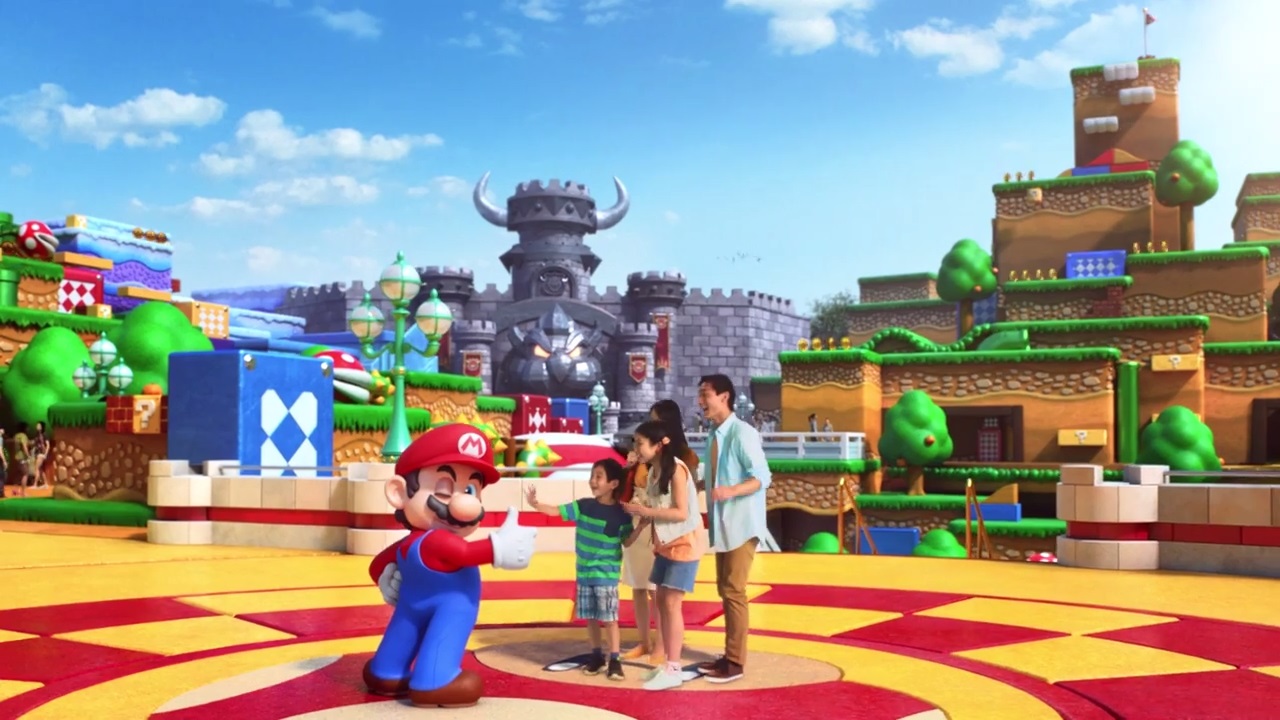 Two years ago, Nintendo announced that it would partner with Universal Parks & Resorts to build a Nintendo area in Universal theme parks featuring rides, attractions and characters from the company’s popular franchises. In order to celebrate construction beginning on June 8th, 2017 at Universal Studios Japan, the park released an animated teaser video showing off some of the attractions.

From what we can see in the video, it looks like Super Nintendo World will have Princess Peach’s Castle, Bowser’s Castle, an attraction that looks like an ice level from a Mario game and a whole lot more. See if you can find any more hidden details about the park in the video below:

One thing we don’t see in the teaser is the Mario Kart ride, which is said to be the “centerpiece” of Super Nintendo World. Go-karts are great, but I imagine that people of all ages would flock to a Mario Kart ride in droves. Let’s just hope they don’t recreate Rainbow Road, because that would be dangerous.

What’s notable about the video is that the Super Mario franchise appears to be the focus of the theme park. We don’t see any Kirby or Zelda or any of Nintendo’s other popular properties represented in the video, but it’s worth noting that the area isn’t expected to open until 2020, so what we’re seeing in the video may or may not depict the final version of Super Nintendo World.