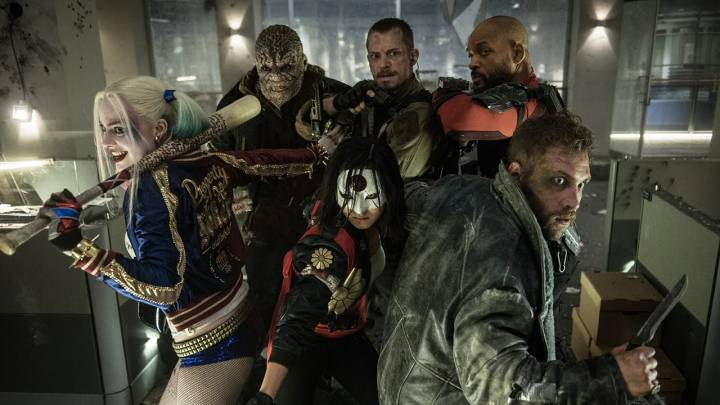 Suicide Squad was one of the top five highly anticipated movies of the year. A story from the DC Comic universe that focuses on the villains we love. Rather than seeing Batman, Superman, and all the other heroes deliver justice, we get a story about bad people, doing atrocious things, all in the name of good. The movie looked very promising from the start. It had a great cast, exciting trailers, and glorious soundtrack. But come early reviews day, it turns out people aren’t thrilled with the picture – not that reviewers can accurately predict box office success.

However, an inside story looking at the behind-the-scenes drama explains how Warner ruined Suicide Squad.

According to The Hollywood Reporter, it all started with Batman v. Superman, a movie that “tanked” when it comes to reviews, but made a serious boatload of money ($873 million worldwide). However, Warner execs were angered by the tepid response and worried about destroying the value of the DC Comics brand from the start, as more movies are planned in the franchise.

And that’s how Warner started pushing director David Ayer to deliver the movie that was promised to the fans. Moreover, before settling on a final cut, Warner in May tested an Ayer version against a second cut to see what the audience liked. “If there are multiple opinions that aren’t in sync, you go down multiple tracks — two tracks at least,” an insider said. “That was the case here for a period of time, always trying to get to a place where you have consensus.”

Finally, the studio favored a version that had more characters introduced early in the film and “jazzed-up graphics” beat Ayer’s “more somber” version. However, that meant that millions of dollars had to be spent on additional photography to get the movie where Warner wanted it.

Even so, the studio and Ayer presented the film as a joint success. “This was an amazing experience,” Warner production president Greg Silverman told the Reporter. “We did a lot of experimentation and collaboration along the way. But we are both very proud of the result. This is a David Ayer film, and Warners is proud to present it.”

However, this wasn’t a great experience for the people involved in making the movie. There was “a lot of panic and ego instead of calmly addressing the tonal issue,” sources said.

Warner spent at least $175 million to make the movie, and it desperately wanted a hit; not just positive reviews, but a financial success. “The movie’s got to do $750 million, $800 million to break even. If they get anywhere close to that, they’ll consider it a win,” an unnamed veteran told the site, saying it’s about survival.

Read the full inside story about making Suicide Squad at this link. Meanwhile, the movie launches in theaters on August 5th.