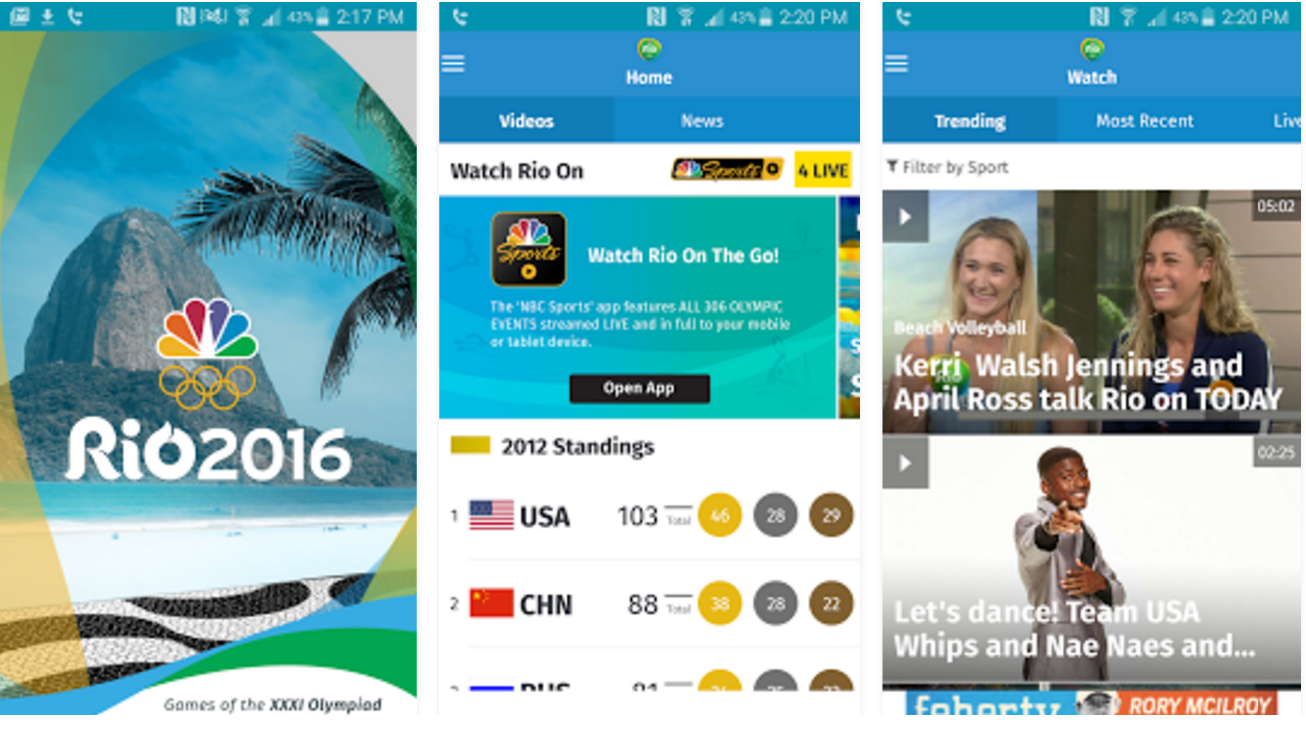 The Rio Olympics are finally here, and provided that the disgusting water doesn’t turn all the competitors into zombies, we should be in for two weeks of fantastic sports. Here’s everything you need to know (and a few things you probably don’t) about watching the Olympics without a cable box.

NBC has one of the best schedules out there. Their calendar shows all the different events day-by-day, and whether they’re medal events or other rounds. Click on a day, and you get a full schedule with highlights and different athletes to focus on. With so many different events going around, it’s a good way to keep track of what you want to watch.

It’s also worth remembering the time difference to Rio. It’s an hour ahead of Eastern, so four hours ahead of Pacific. You might have to wake up a little early after all.

If there’s one event you really don’t want to miss, it’s the opening ceremony. NBC will be streaming the show live online, but you’ll need a cable or satellite subscription to watch. If you can’t beg, borrow or steal one from a friend, Sling offers a free 7-day trial that could get you through the first half of the Olympics. If you’re sneaky and have two credit cards, you could probably stretch those two trials to the full course of the competition.

It’s also worth remembering that some other countries have national broadcasters that stream the Olympics for free. The BBC in the UK, for example, will be streaming the Olympics live online. It’s restricted to people in the UK, but some VPNs can work around that. The coverage will naturally be focused more on UK athletes, but for watching the opening ceremony or big events, it could be an option.

Again, NBC is the main broadcaster for the event, so their channels will probably be your go-to. NBC will be broadcasting events live on the East coast during primetime, from 8PM to midnight, but all other time zones are under tape delay. If you want to watch live online, you may need to use a VPN to ‘relocate’ yourself somewhere in the East.

Live coverage on NBC’s main station will be 10AM to 5PM, 8PM to midnight and 12.35 to 1.35AM every day. Expect events that aren’t covered on NBC to be on NBCSN basically around the clock.

You’ll need a cable subscription to access content through the NBC website or app, but there’s another option for cord-cutters: over-the-air television. The main NBC channel can be viewed by anyone for free, provided you buy a cheap antenna and plug it into your TV.

Your final option, if you enjoy watching sports in your own private universe, is to take advantage of the VR coverage. Anyone with a Samsung Gear VR headset can partake by opening up the NBC Sports app in the VR headset, blocking out the world, and enjoying.