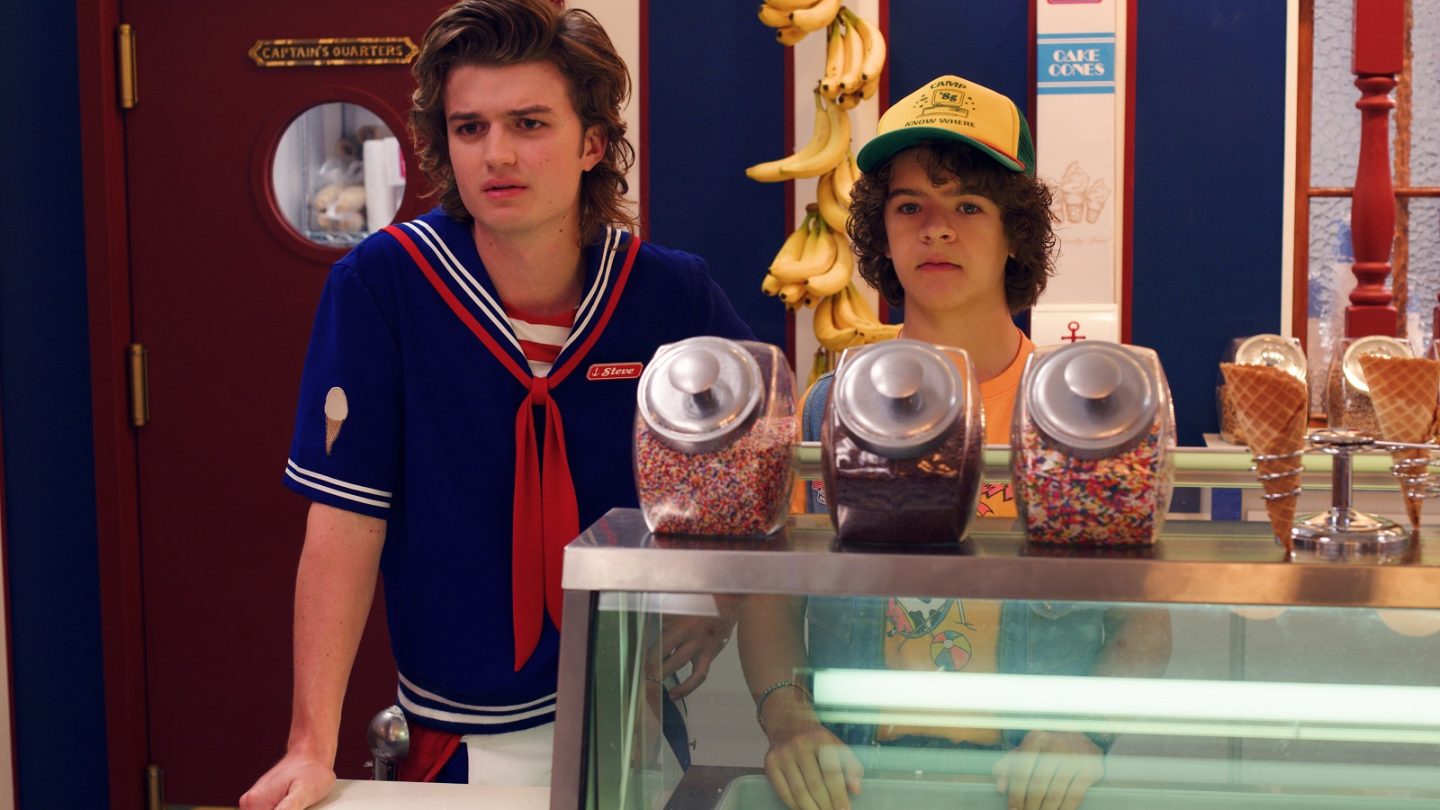 When Stranger Things burst onto the scene about three years ago, it immediately became a mainstream hit and quickly became one of the most watched TV series in Netflix history. Impressively, the second and third seasons of Stranger Things not only maintained the same level of quality as the first, but raised the bar even higher. Indeed, there’s a growing consensus that the recently released third season of Stranger Things could very well be the best of the bunch. And having just finished binging the third season, I’m inclined to agree.

Of course, it goes without saying that Stranger Things, aside from being an entertaining show in its own right, is bolstered by 80s nostalgia. One of the more insightful reviews of the show I’ve seen articulates that Stranger Things “doesn’t just reference ’80s movies. It captures how it feels to watch them.” Indeed, it’s no big surprise that the show is filled to the brim with subtle and even overt homages to a range of popular films from the 1980s.

While many fans of the show have been quick to compile a number of Easter Eggs relating to 80s movies, I recently stumbled across the mother of all Easter Eggs on the Stranger Things subreddit.

One of the more integral and entertaining side characters in season 3 is Murray Bauman who, if you recall from season 2, is a former investigative journalist turned private investigator. Part of Bauman’s character is that he’s very privacy-minded — if not conspiratorial —  which is why he was none-too-thrilled when Winona Ryder’s character revealed his phone number to a third-party at one point.

Now here’s the cool part: you can actually call the number whereupon you’ll be sent directly to a Bauman’s voicemail. It’s pretty darn cool and is one of the more engaging Easter Eggs we’ve seen in quite some time. If you want to try it yourself, Bauman’s number is 618-625-8313

The message, for those too lazy to call, is as follows:

Hi! You have reached the residence of Murray Bauman. Mom, if this is you, please hang up and call me between the hours of 5 and 6 PM as previously discussed. Okay?! If this is Joyce, Joyce, thank you for calling, I have been trying to reach ya. I have an update. It’s about, well, its probably best if we speak in person. It’s not good or bad, but it’s something. If this is anyone but my mother or Joyce, well…  you think you’re real clever, getting my number, don’t ya? Well, here’s some breaking news for you. You’re not clever. You’re not special. You are just simply one of the many, many nimwits to have called here, and the closest you will ever get to me is this prerecorded message. So, at the beep, do me a favor and hang up, and never call here again. You are a parasite. Thank you and good day!