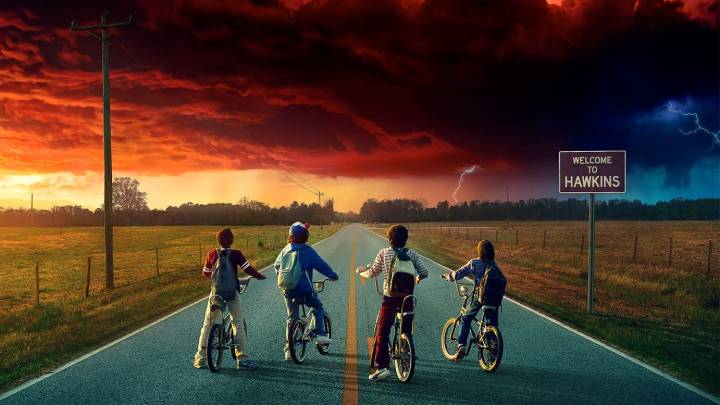 Even though we’re still waiting for season 2 of Netflix’s hit show Stranger Things to arrive, there’s already word that a third season of the nostalgia-fueled sci-fi show is in the works. During a recent interview with Vulture, show creators Matt and Ross Duffer confirmed that we may not only see a third season of Stranger Things, but a fourth season as well.

“We’re thinking it will be a four-season thing and then out,” Ross said. As for why a four-season run might be the perfect fit, Ross explained that the cast of characters at that point will be ready for college.

“We just have to keep adjusting the story,” Matt later added. “I don’t know if we can justify something bad happening to them once a year.”

It’s certainly a valid point of view. As we saw previously with 24, any time a character or series of characters are continuously dealt horribly bad hands, viewers can quickly become numb to it all. Prison Break is another show that arguably suffered from this repetitive dynamic.

Season 2 of Stranger Things is set to air on Netflix on October 27, just in time for Halloween. As for what the upcoming season has in store, the Duffer brothers previously said that the second season will be bigger in scope and will feel similar to a movie sequel.

The synopsis for season 2 reads: “It’s 1984 and the citizens of Hawkins, Indiana are still reeling from the horrors of the demagorgon and the secrets of Hawkins Lab. Will Byers has been rescued from the Upside Down but a bigger, sinister entity still threatens those who survived.”

And in case you missed it when it first aired, below is a teaser ad for Stranger Things season 2 that originally debuted during the 2017 Super Bowl.